A Brief Note to the Junior Senator from Texas 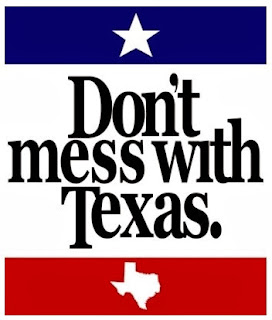 This time I mean it.

I have lived in Texas longer than you have been alive.  I was born here.  You were not.  You recently suggested the President of the United States should not visit Texas:

“President Obama should take his broken promises tour elsewhere so Texans can continue focusing on the solutions that have allowed our state to become and remain the nation’s economic and job creation powerhouse."

May I point out that "economic powerhouse" is leaving 1,046,460 Texans without Medicaid coverage or any health insurance coverage because of the GOP policies you champion?  Which makes Texas #1 when it comes to making poverty even harder on the poor.  That is not a position I am proud of; and neither should you be.

May I point out Texas has a median income $2000 below the national median, and has 17% of its population in poverty, v. 14% nationwide?  Have you ever addressed that sad statistic?  Are you even capable of caring about it?

Economic and job creation powerhouse?  Perhaps for you and your Goldman Sachs wife, or for Gov. Perry, who hasn't held a non-government job in his adult life, yet has gotten quite rich in spite of having been a government employee since he left college.  Perhaps even for the rich you associate with; but for the rest of Texas?  Not so much.

I have friends who have left Texas after living here a lifetime because Medicaid was so stingy they couldn't afford to stay.  They are the Texans we should honor and care for.  You are no such Texan.

I politely invite you to put a sock in it.  You aren't worthy to shine the shoes of the lifelong Texans I know and love.  They deserve better than you, and you certainly don't deserve even the rhetorical authority to deny the President of the United States to come here.  He offers solutions.