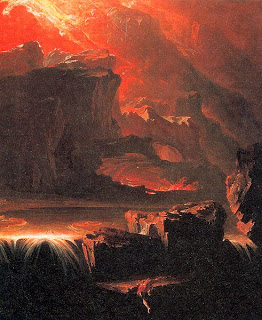 
The vision of scripture is not that wealth makes it possible to be generous, but God's blessing

A blessing that is known only when you act on faith, which is to say:  trust.


After a while the stream dried up, for there had been no rain in the land. Then the word of the Lord came to him: “Go now to Zarephath, a village of Sidon, and stay there; I have commanded a widow there to feed you.’ He went off to Zarephath, and when he reached the entrance to the village, he saw a widow gathering sticks. He called to her, ‘Please bring me a little water in a pitcher to drink.’ As she went to fetch it, he called after her, ‘Bring me, please, a piece of bread as well.’ But she answered, “As the Lord your God lives, I have no food baked, only a handful of flour in a jar and a little oil in a flask. I am just gathering two or three sticks to go and cook it for my son and myself before we die.’ ‘Have no fear,’ Elijah said, ‘go and do as you have said. But first make me a small cake from what you have and bring it out to me, and after that make something for your son and yourself. For this is the word of the Lord the God of Israel: The jar of flour will not give out, nor the flask of oil fail, until the Lord sends rain on the land.’ She went and did as Elijah had said, and there was food for him and for her family for a long time. The jar of flour did not give out, nor did the flask of oil, as the word of the Lord foretold through Elijah. 1 Kings 17:7-16 (REB)


How many stories of rich people do you want from the Gospels?  They never come out well there:


Even the Beatitudes are not necessarily so beatific:

And to put the point in stark monetary terms:


The Walton family heirs, whose fortune relies entirely on predation — of labor, of the environment, of government, of small business — controls more wealth than the poorest 40 million Americans. Imagine what we could do with that fortune if they left. For all the credit Bill Gates gets, it may be worth wondering, as Peter Singer did, if he has given enough:

Gates may have given away nearly $30 billion, but that still leaves him sitting at the top of the Forbes list of the richest Americans, with $53 billion. His 66,000-square-foot high-tech lakeside estate near Seattle is reportedly worth more than $100 million. Property taxes are about $1 million. Among his possessions is the Leicester Codex, the only handwritten book by Leonardo da Vinci still in private hands, for which he paid $30.8 million in 1994. Has Bill Gates done enough? More pointedly, you might ask: if he really believes that all lives have equal value, what is he doing living in such an expensive house and owning a Leonardo Codex? Are there no more lives that could be saved by living more modestly and adding the money thus saved to the amount he has already given?

If Gates donated all $53 billion to foreign humanitarian aid, it would be double what the U.S. government gives yearly ($23 billion in 2013). Imagine the good we could do with the fortunes of the rich, who have only amassed the wealth because of the infrastructure developed by society. Innovators regularly rely on government and academic funding for projects that corporations don’t think will be profitable (according to Singer, “less than 10 percent of the world’s health research budget is spent on combating conditions that account for 90 percent of the global burden of disease”). The arts are largely supported by public funding, not private donations. And many businesses are less self-sufficient than they imagine, requiring bailouts and competition between states to support them. Many corporations, like Walmart, dump poor employees on to government largess rather than pay them enough to feed themselves. And who builds the roads and takes out the garbage?

How much to give is one question; but how much to accumulate is another.  I'm bemused by the rich man in the parable, who is going to pull down his barns and build new, larger ones, just for this bumper year.  The extravagance hidden in that story underlines the point:  too much is too much.  As Dylan said, "Too much of nothin'/makes a man feel ill at ease."

[Texas Gov. Rick] Perry’s refusal is catastrophic health policy. For patients, it means that seeking medical care will still require risking bankruptcy, and may lead nowhere. For doctors, the message was not only that our patients’ lives don’t matter, but also that medicine—our old profession, so full of people who genuinely want to help others—will continue to be part of the economic machine that entrenches poverty. When the poor seek our help, they often wind up with crippling debt.

"The economic machinery that entrenches poverty."  That machinery does not come from God, and is not blessed by God.  Sean McElwee puts it in terms of Ayn Rand's Atlas Shrugged, with its idea of "going Galt."  But he doesn't worry about industrialists leaving society:

I would fear for the world if the empathetic, the intelligent, the compassionate, the fearless and the creative left us. We don’t celebrate these virtues unless they somehow lead to monetary gain, but often they don’t....When a reporter saw Mother Teresa helping a disfigured leper, he said to her, “I wouldn’t do that for a million dollars.” Mother Theresa said, “Neither would I.”

Yet we tacitly ask it of the poor, in places like Texas and Louisiana (many of the patients who came to UTMB came from Louisiana, not just from Texas).  Are they worth the money we have to spend on them?  Rachel Pearson notes that the motto of UTMB went from  “Here for the Health of Texas” to “Working together to work wonders.”  Wonders for those who can afford them.  Do I exaggerate?  "When UTMB refuses to treat them, it falls to us to tell them that they will die of diseases that are, in fact, treatable."

That we are not even aware of this, is the root of our shame.