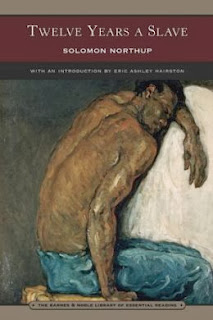 Good thing this was made into a movie so we'd finally know slavery was this bad....


Sarah Palin compared the national debt to slavery.  E.W. Jackson tagged the Great Society programs as equivalent to slavery.  And, of course, Allen West spoke of the Democratic Party "plantation."

This is not just an ahistorical obsession with a national crime that spanned 300 years of American history.  This is not just a failure to recognize that slavery was an inhuman, brutalizing system which created American wealth by violence and cruelties so hard to understand even Richard Cohen had to see a movie to "get it."  (Did somebody give him an expurgated copy of Beloved, or does he just not read?)  This is not a failure it all.  Using slavery to condemn modern political policies is a feature, not a bug; and the feature is racist, to the core.

Now that a black man is in the White House, we all have to face our prejudices about how "inferior" African-Americans are.  We can ignore the business acumen of Puffy Combs by only paying attention to the fact he is an entertainer.  We can admire Beyonce because she can sing and dance; we don't have to consider her as a person.  Michelle Obama offended so many people as First Lady (and still does) because she was a perfectly capable black woman who didn't sing, dance, or crack jokes to get in the public eye.  Do I exaggerate?  Aside from Herman Cain, name three prominent black men or women in the field of business.  Three people equal to Donald Trump (before he became a clown) or Jamie Dimon.  Off the top of your head, name them.  I'll wait.

Black public figures are still entertainers:  athletes; movie stars; singers; comedians.  It should not be so, but it is; it is so, far too much.  Barack Obama pole vaulted all of that, and landed in the White House.  And white America still hasn't forgiven him for it.  So white America must reclaim slavery, just as it reclaimed the reason for the Civil War.  If slavery was as bad as it is in the movie which caused the scales to fall from Richard Cohen's eyes, then slavery must be re-classified as taxation, as regulation, as government policy the right wing congenitally dislikes.


*should we tell him the nation's fourth largest city just re-elected a lesbian mayor, whose daughter campaigned for her this time?