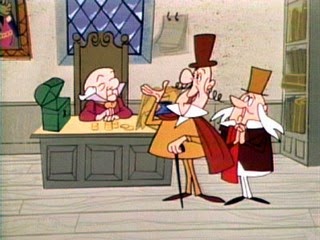 A new study suggests that a person’s views on these subjects predict their religious beliefs. Jason Weeden and Robert Kurzban from the University of Pennsylvania found that conservative views on sex and reproductive rights are associated with greater religiosity.


And, to be fair, it's just as bad in the other direction:

So what you’re describing is his moral foundation of “harm,” which liberals tend to feel more strongly about. These are emotions relating to empathy and compassion – measured by the question of how much someone is suffering and how much that suffering is a moral issue to you. How much is caring for the weak and vulnerable a moral issue to you?

It’s not that conservatives don’t feel that emotion, but they don’t necessarily feel it as strongly. They feel other things more strongly. So to Haidt, this explains the health care debate because liberals feel, most of all, this harm-care-compassion thing. Conservatives feel it a little bit less strongly, even as they have this other morality. Haidt compares it to karma — it’s really interesting — where basically, you’re supposed to get what you deserve. And what really bothers them is somebody not getting what they deserve. So the government getting involved and interfering with people getting what they deserve is really bad. That, I think, is the clash.

In the latter case, what we are being told is that science has established there is something we can label "selfishness," and it is bad.  "Are there no prisons?  And the Union workhouses, are they still in operation?"

As Howland Owl said of nuclear physics, this ain't so new, and it ain't so clear.  But to get back to that study of religion:

As the paper puts it, “these ﬁndings run counter to the view that religiosity has a fundamental connection with cooperative morals” (i.e., beliefs about not screwing over thy neighbor). The dominant evolutionary theory regarding religion is that it thrived because “beliefs in invisible, rule-enforcing agents” — whether it’s a bearded white guy in the sky or a bevy of power-sharing gods — “increase believers’ compliance with cooperative norms, that this compliance provides an advantage to groups or individuals, and that these advantages have been crucial for the evolution and current ubiquity of religiosity and large-scale cooperation.”

This study doesn’t definitively prove a causal relationship, let alone a causal direction. But Weeden tells me that, based on his research and analysis, the more plausible explanation is that reproductive strategies influence religious beliefs, rather than that religious beliefs influence reproductive strategies. “This doesn’t settle the matter once and for all, but it’s a strong sign that at least some of the causality goes from lifestyles to religion,” he says.

Really?  Causality goes from lifestyle to religion?  NO SHIT, SHERLOCK!  Is that why more people in Minnesota are Lutherans than are Southern Baptists?  Somebody call Garrison Keillor, we may have some new material for him!

Or did you mean to generalize from American culture to all human culture across the globe and throughout time?  Oh, I'm sorry, but I don't think we can allow that.  Indeed, there are some anthropologists on line 1 who want to speak to you....

The thing is, I want to know how this study defines "religiosity."  I presume it means in the cultural sense of how lay people express their religious beliefs.  'Cause the conclusions seemed to be based on data like this:

It’s not too surprising that a dude who thinks abortion is evil would express stronger religious convictions than a man who supports reproductive rights. Nor is it shocking that a woman who finds casual sex immoral would identify as more religious than a lady who is down with one-night stands.


So "religiosity" is based on self-reporting of just how religious I am.  The only irony here is in the rather well known example of the widow's mite, where the guy who makes sure everyone sees how pious he is in his Temple offering is not necessarily the most "religious" one.  Not to mention all the real world experience with very publicly religious figures preaching against sex or homosexual sex, and being discovered to have engaged in one or both with someone they are not married to.  How "religious" are they, then?  Maybe we could identify a more objective standard for determining one's religious convictions before making causal conclusions about how religion arose and what function it serves.

Or maybe we could even consider that religion serves many functions, not all of them coterminous with others.  Like this, for example; this is a far better example of "religiosity" than how tightly one adheres to the pronouncements of one's church.

And then we can start working on the scientific standard for selfishness.


I'll retire to Bedlam. I really will.