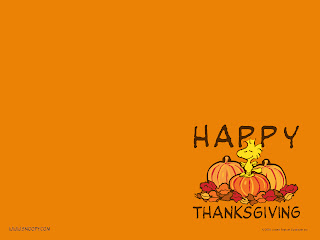 A bit more of what-the-Pope-said to start your morning:


Human beings are themselves considered consumer goods to be used and then discarded. We have created a “disposable” culture which is now spreading. It is no longer simply about exploitation and oppression, but something new. Exclusion ultimately has to do with what it means to be a part of the society in which we live; those excluded are no longer society’s underside or its fringes or its disenfranchised – they are no longer even a part of it. The excluded are not the “exploited” but the outcast, the “leftovers”.

In this context, some people continue to defend trickle-down theories which assume that economic growth, encouraged by a free market, will inevitably succeed in bringing about greater justice and inclusiveness in the world. This opinion, which has never been confirmed by the facts, expresses a crude and naïve trust in the goodness of those wielding economic power and in the sacralized workings of the prevailing economic system. Meanwhile, the excluded are still waiting. To sustain a lifestyle which excludes others, or to sustain enthusiasm for that selfish ideal, a globalization of indifference has developed. Almost without being aware of it, we end up being incapable of feeling compassion at the outcry of the poor, weeping for other people’s pain, and feeling a need to help them, as though all this were someone else’s responsibility and not our own. The culture of prosperity deadens us; we are thrilled if the market offers us something new to purchase; and in the meantime all those lives stunted for lack of opportunity seem a mere spectacle; they fail to move us.

Remember tomorrow those who must work just to keep their jobs so Wal-Mart and Target and many other stores can earn another $.  "The excluded are not the 'exploited' but the outcast, the 'leftovers.'"

I would point out, not in disagreement with the Holy Father, that those who "defend trickle-down theories" do so from one of two motives:  to fool the gullible, or because they are themselves gullible.  Some naively trust in the goodness of "those wielding economic power and in the sacralizing workings of the prevailing economic system."  The others know better, know who it is who butters their bread.

And "as though all this were someone else's responsibility and not our own"?  Am I my brother's and my sister's keeper?  If am not, is it because the "culture of prosperity" has deadened me, too?  Are the lives of others mere spectacle?

May your Thanksgiving reflect the comforts of family and home and friends and good people.  Maybe it be a sacralizing work from the heart and from the source of all blessings.  May it serve you well, and you serve it well in return.