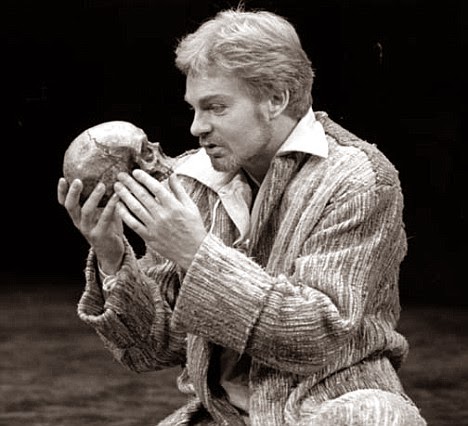 I find myself in the odd position of agreeing with William Saletan.  You should follow his link to his first article, then read the one that comes second.  In the latter he quotes Jennifer Wiseman, senior project scientist for the Hubble Space Telescope, who makes an argument I cannot find fault with:

I tend to think of a miracle as possible, and that miracles actually have happened, but they are just what they sound like: They are a miracle. There’s something that’s outside of the natural working of the forces of nature, and so science is not equipped to address that one way or the other. Science is equipped to address how things normally and naturally work. So as a scientist, I study the universe in the way it normally and naturally works and has worked throughout the whole history of time. I don’t look for anything else, because my scientific tools are not equipped to measure anything else. But does that mean that nothing outside of the normal, natural physical processes that science can address ever happened or ever does happen? Well, science can’t answer that question. So I have to answer that question in some other way. And to me, the answer is yes, because I see both historical and personal evidence for God’s actions …

I do see evidence for things—in particular, the Resurrection of Jesus Christ. There is to me ample evidence that that event, in the course of time, changed history and changed lives, and people are experiencing the living Christ today. Is that a scientific conclusion? Absolutely not. But is there enough evidence for one to believe it? For me, yes.

A miracle is, by definition, a usurpation (or, if you prefer, a violation) of the natural order (I won't say "natural law," as that's a concept that rightly belongs to Aquinas, a theologian.  Gotta watch your language!).  As such, it is outside the realm of science.

Which sounds like I'm "compartmentalizing," as Saletan says.  Nothing so condescending at all.  Can anything, you might wonder, be "outside the realm of science"?  Well, can science explain, as I mentioned earlier, why I am so deeply moved by the music of Bach, or Sondheim, or plainsong?  Can it explain my love for my wife?  What evidence is there of such love, after all, except my own statements?  Take them as profession, confession, delusion:  how do you judge them as wrong, since it is not connected to inappropriate behavior (stalking, possessiveness, etc.)?   How, if ever, will science explain my love?  In a general sense, by a reductio argument that my love is actually just brain chemistry, neurological function, a matter of biology or genetics or "selfish genes"?

Well, maybe; but I'll never accept it, and never accept that my rejection of such "explanations" is merely me "compartmentalizing."  Really, it's a matter of what matters to the rest of the world.  If my love for my wife does not provoke aberrant behavior, what does society care?  Even if my wife didn't return my love (although then she wouldn't be my wife), the only result would be my heartbreak.  Might make a good story, but otherwise the world would move on.  Would my love, then, must be illusion?  A bad compartment?

But there is, for me, ample evidence that my love for my wife is real, not delusional.  "Is that a scientific conclusion?  Absolutely not.  But is there enough evidence for one to believe it?  For me, yes."  And yet my love for my wife has not "changed history and changed lives," and Wiseman is right:  "people are experiencing the living Christ today."  At least, they say they are.

How do you prove them all wrong?

And here, again, I would point out that Gregor Mendel was an Augustinian monk (as was Martin Luther!), and Georges LeMaitre was a Jesuit priest.  You may wish to describe them as "compartmentalizing", too; but I really don't think you'd get very far with that.

There really are more things in heaven and earth than are dreamt of in some philosophies.
Posted by Rmj at 4:30 PM