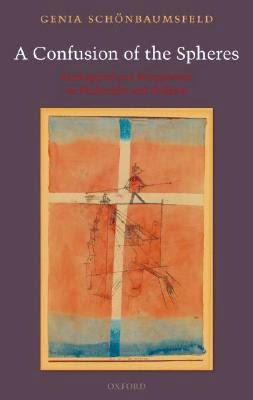 This is basically a stupid post at Salon, but see if you can spot the fundamental flaw in the argument here:

The accomodationist tendency to insist that manifestations of religion that they dislike aren’t actually religious in nature is both wrong and dangerous. Accomodationists want us to believe that religious people who are morally upstanding are that way because of their religion. Yet at the same time, they take great pains to explain that those religious people who do harm actually do so for reasons other than their faith, or because they fundamentally misinterpret the underpinnings of their religion.

The only thing being misinterpreted here is the essential nature of religion. Humans can be irrational enough without adding highly subjective doctrines and moral codes into the mix. As the physicist Steven Weinberg once said of religion, “With or without it you would have good people doing good things and evil people doing evil things. But for good people to do evil things, that takes religion.”

Ignore the ignorant slander of Steven Weinberg and notice the argument is that all religious believers are inherently irrational, and not to be trusted.  But don't call anyone who rejects religious belief a "New Atheist:"

First, I have never heard anyone refer to himself as a “New Atheist.” As far as I can tell, it is most commonly intended as a smear by believers and accommodationists – those who believe there is a common ground to be had between religion and science.

Religion can all be reduced to an absurdity, but "atheism" must be given all due accord and respect because....well, I don't know why, exactly.  "New Atheism" is a term as bad as "n----r," or any other racial slur, or slur against sexual orientation, mental ability, gender, etc., according to Mr. Luciano; but he can't be bothered to explain why.  I use the term to distinguish people who can't make nearly as sound or rational an argument as Bertrand Russell, so perhaps that's where the injury lies.

Anyway, you can't use the term "New Atheist" because it is used by those who think a common ground is possible between religion and science.   Those people want to get their religious chocolate in our scientific peanut butter, and that is just not on!  Derrida's discussions of heilige come to mind here, ironically; as well as his argument that religion and reason develop in tandem.  To Mr. Luciano science must remain pure, unscathed; holy.  His argument proves Derrida right about reason and religion even as he rejects it.  Mr. Lucian wants science to be the new religion which replaces Christianity (I don't see anything in this article that references Judaism, Islam, or Hinduism, just to name three major world religions.  I don't know any adherents to those faiths who preach the Creationism of Mr. Ken Ham.).  Otherwise, why bother making the argument at all?  If, as the "second" point made in the next paragraph after that quote asserts, it is true that religion is withering away (rather like Marx's "state," I suppose), then just wait for the "progress" of society to improve to the point we're all rational atheists.  What do you have to lose but your mind-forged manacles?

I mean, when they were still around I thought flat-earthers were silly and illogical; but I didn't bother arguing with them.  If you are convinced someone is both wrong and their thoughts about to be extinguished, why worry so about them?

Of course, the idea that religious belief is antithetical to reason will come as a shock to the father of genetics and the original author of the Big Bang Theory, not to mention most of humanity since the dawn of time.   But sauce for the goose is not sauce for the gander here.  Accommodating religion is as bad as being religious, because religion is bad!  However, don't call atheists "New Atheists" because that's smearing everyone with a tar brush.  Or something.

Oh, I can't disentangle it.  Let's walk away quietly so we don't disturb these bizarre and exclusionary ruminations.*

*(The other flaw in Mr. Luciano's "argument" is the hasty generalization that since Creationism is founded in a particular flavor of Christianity, it is "religious," and hence all religions partake of all the flaws of Creationism.  Just so, any white male who has ever murdered any individual makes all white males murderers.  Amirite?)