The greatest of these is...irony 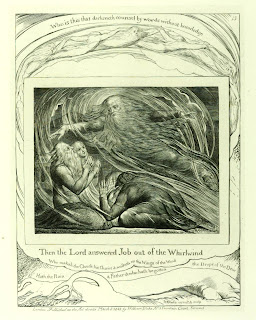 The title question ("If God exists, why is anyone unhappy?") and then the pull quote ("We've been misled by years of monotheism to think there's one answer to everything") are so absurd on their face, to go further is to belabor the point.  But two assertions in this interview about the ascendancy of atheism are especially misdirected:

For instance, when Wittgenstein talks about painters, he says: We can all recognize the difference between a Degas and a Renoir and a Van Gogh, but if you ask the painter to paint his way of painting, it can’t be done. It’s a limit to the language! A painter can make a painting of what he sees in the world, but he can’t actually paint his way of painting. Wittgenstein would describe that as mystical, though not in any sense religious.

No, actually, Russell would describe that as "mystical."  It was his word for Wittgenstein after Russell finished reading the Tractatus.  If Wittgenstein would not call himself religious, it is because he thought himself unworthy, not because he was in any sense an atheist:

It did. I have one of your quotes written down right here. It’s [poet] W. H. Auden: “We are here on earth to do good to others. What the others are here for, I don’t know.” I thought that was wonderful. Do you have a favorite quote from the book?

My favorite is another Auden: “If equal affection cannot be, Let the more loving one be me.” When I say it in a talk, a lot of people go Ahhh. They realize that it has enlarged their lives.

By the time he wrote those lines, Wystan Hugh had already very publicly converted to Christianity, and was a devotee of the works of Kierkegaard (why does Kierkegaard never come up in these discussions?)  That would be the same Kierkegaard who had already identified most members of the state church of Denmark (in which he was ordained as a pastor) as "pagans" in their understanding of Christianity.  Nietzsche, in other words, was several decades too late in breaking that ground.

Not that you can't read Auden's lines as humanist rather than Christian, if you like; but it leaves me wondering who, besides seminary students and religious scholars, and to some degree English majors, studies hermeneutics anymore.  Because if Peter Watson even has a clue what the word means, he doesn't display that knowledge in the interview (or, I'd guess, in his book).

There's a reason these clowns talk to general interest magazines and not anyone with knowledge of the fields involved.
Posted by Rmj at 5:30 PM