"The struggle is real" 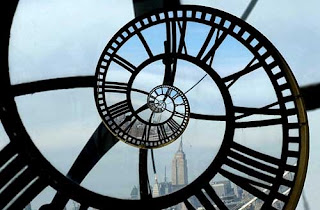 
The mention of Bonhoeffer leads me to this (which I quote in full, because it all deserves consideration):


Bonhoeffer is perhaps most famous for his "Christianity without religion" project, the attempt to give a non-religious interpretation to Christian categories. Although Bonhoeffer showed signs of shifting towards a non-religious interpretation in the Ethics, the main texts of the Christianity without religion program come from the letters he wrote to Eberhard Bethge while in prison. These letters show Bonhoeffer’s struggle to understand Christianity’s identity in the modern world: "What is bothering me incessantly is the question what Christianity really is, or indeed who Christ really is, for us today" (LPP 279). For Bonhoeffer, Christianity’s identity was a problem because the world had "come of age;" that is, the world had become conscious of itself and the laws that governed its existence, and thus it did not need the trappings of religion any longer:
The time when people could be told everything by means of words, whether theological or pious, is over, and so is the time of inwardness and conscience – and that means the time of religion in general. We are moving towards a completely religionless time; people as they are now simply cannot be religious any more (LPP 279).
In a world where people "simply cannot be religious," Bonhoeffer wondered if there still was a place for Christ, if Christ could be Lord of the religionless. Bonhoeffer’s attempt to say ‘Yes’ both to the modern world and to Christ as Lord was the motivation for the project that he called "religionless Christianity" (LPP 280).

To understand what Bonhoeffer meant to affirm by religionless Christianity, his concept of ‘religion’ must first be grasped. In continuity with Feuerbach, Bonhoeffer regarded religion as human dependence upon God at the boundaries of life. He gave specific content to this by defining religion more precisely as individualism (the psychological attitude of a subject) and a metaphysical system (Gruchy 1991, 38). Both aspects of religion are faulty: individualism promotes an un-Christian retreat from the world, and religion’s attempt to provide a secure metaphysical explanation of salvation enables people to escape the challenge of the gospel (Gruchy 1991, 38). Moreover, in a world "come of age," religion’s psychologism and metaphysical claims about God simply cannot be accepted. Therefore, Bonhoeffer saw religion as a genuine hindrance to true faith in Jesus Christ.

According to Bonhoeffer, the church has failed in its mission to the modern world because it was not able to separate the message of Christ from religious trappings. The church used God as a metaphysical deus ex machina, a God of the gaps that filled the holes of our knowledge. Bonhoeffer noticed that as secularism increasingly permeated the lives of modern people, this metaphysical God of the gaps was being pushed further away into irrelevance. The Church’s response was to stake out the inner life of the person for God, thus summoning up God to answer "ultimate" questions like death and guilt. For Bonhoeffer, this signaled a retreat into subjectivism, into the personal categories of sin, despair, and anxiety over against the objective work done by God in Jesus Christ. Moreover, it only affirmed a God found in weakness, not in strength, a God at the periphery of our existence, not the center.

The purpose of the non-religious interpretation, then, was to allow the gospel to address humans in a secular age, and to do so without them having to become ‘religious’. Bonhoeffer felt that this interpretation was actually most in line with the gospel of the flesh-and-blood Lord. For Bonhoeffer, religionless Christianity did not need to presuppose humanity’s wickedness to be relevant; rather, it met humans at the center of their lives, both in their joys and sufferings:
[God] must be recognized at the centre of life, not when we are at the end of our resources; it is his will to be recognized in life, and not only when death comes; in health and vigour, and not only in suffering; in our activities, and not only in sin. The ground for this lies in the revelation of God in Jesus Christ (LPP 312).
Bonhoeffer planned to write a book that gave a non-religious interpretation of Christian concepts, but before he had the chance he was executed for his part in the attempt to assassinate Hitler. The outline for this book (see handout) contains some of Bonhoeffer’s most seminal thoughts on the issue, including hints at his non-religious interpretation of God, Christ, and the church . It is important to note that the fragments from the outline clearly show that Bonhoeffer’s non-religious interpretation was a consistent development from his earlier thought. This affirms that when Bonhoeffer said "religionless", he in no way went "Christless" or "Godless"; quite the contrary, christology was as central to the religionless interpretation of Christianity as it was to Bonhoeffer’s earlier works.


Now let's quibble over details.  What would a "religionless religion" look like?  Something like Derrida's "negative atheology"?  Or not at all?