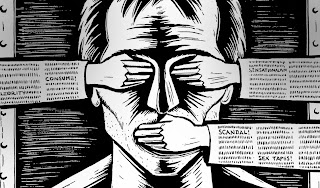 I'm struggling to keep up with the stories here.  Now:

Greenwald had already condemned the ruling and promised a legal appeal in a blog post on Wednesday morning. He told Minkovski that the ruling was "in line with this government's genuine hostility to what most people in the Western world consider a basic freedom of a free press."

He also pointed to a part of the ruling in which the judges quoted from the communications of the British Security Services, which said that it had "intelligence" that Miranda was traveling from Berlin and carrying material from Snowden.

"There is no possible way for them to have known any of that unless they were eavesdropping on our communications," he said. "To invade those kinds of communications of journalists is itself a pretty grave menace to the newsgathering process."

“It is clear why those took me. It’s because I’m Glenn’s partner. Because I went to Berlin. Because Laura lives there. So they think I have a big connection,” he said. “But I don’t have a role. I don’t look at documents. I don’t even know if it was documents that I was carrying. It could have been for the movie that Laura is working on.”


In an interview published July 19 of last year, Mr. Greenwald told Der Spiegel that he and Ms. Poitras had copies of all the documents Mr. Snowden took from the NSA, all 9000-10,000 of them.  On August 6, 2013, Mr. Greenwald told the Brazilian Senate that he had 20,000 documents.  On August 18, 2013, David Miranda was detained at Heathrow on his way back from Germany.

Nope; no way in the world the British government could suspect Mr. Miranda of being a mule without wiretapping Mr. Greenwald's communications.  Or just reading the internet; or just knowing Mr. Miranda was going from Brazil to Germany, and that he had connections with both Greenwald and Poitras.

And by the way, the British government claimed it found 58,000 documents in Mr. Miranda's possession.  And the password for the encrypted documents, on a piece of paper.  Mr. Greenwald is a security genius.  He's also either a liar, or has a huge problem with counting.

All of this in the context of whether or not it is safe for Mr. Greenwald to return to America, where the government may strip him of his journalistic protections and put him in jail.

Remind me again of when Barton Gellman was arrested for interviewing Mr. Snowden.

Glenn Greenwald is so brave!
Posted by Rmj at 4:27 PM