"Damn you rich! You already have your consolation!" 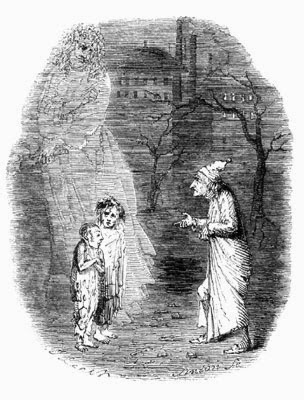 Those kids are just jealous because Scrooge is rich....

We hate 'em because they're successful.  Or beautiful.  Or something.

"I guess my feeling is that he’s right," Zell said when asked by Bloomberg's Betty Liu how he felt about Perkins' stance. "The 1 percent are being pummeled because it’s politically convenient to do so."

Zell then said the problem is that all non-rich are just jealous that they don't have the same work ethic that the country's wealthiest do.

This is where it gets to be fun.  What does "work harder" actually mean?  I've worked as a construction laborer.  I've worked as a painter in the oil fields.  I've taught school, practiced law, pastored churches.  And, as they say, I've done "real work."  Which work is the kind Mr. Zell thinks is "harder"?  Which does he think required more effort?  Effort of what kind?

Not surprisingly, it isn't really about hard work, it's about who is working and what they are doing.  School teachers and pastors and lawyers and construction workers aren't nearly as important to the world as Mr. Zell who does...what, again?  Oh, he's chairman of Equity Group Investments.  Hmmm...if Mr. Zell were to never have been born, would he mean as much to the world as George Bailey?

Liu countered that the ever-widening gulf between the richest and poorest Americans must make it harder for those living under the poverty line to get ahead, no?

"Lots of people have come from nowhere and become part of the 1 percent," he said.

Jack Parr had a problem with Steve Allen that he never quite let go of.  Allen claimed to have written hundreds of songs, among other Renaissance-man like accomplishments.

Americans enjoy less economic mobility than their peers in Canada and much of Western Europe. The mobility gap has been widely discussed in academic circles, but a sour season of mass unemployment and street protests has moved the discussion toward center stage.

Or did Mr. Zell mean in the entire world?  And how many of the world's 3.5 billion  individual souls at the bottom of the economic ladder likely to join the 85 individuals who own as much as all of that lower class combined?  And if the answer is just "1," would that mean the system is working and everything is fine?
Posted by Rmj at 3:00 PM