The Passing (and far away) Parade 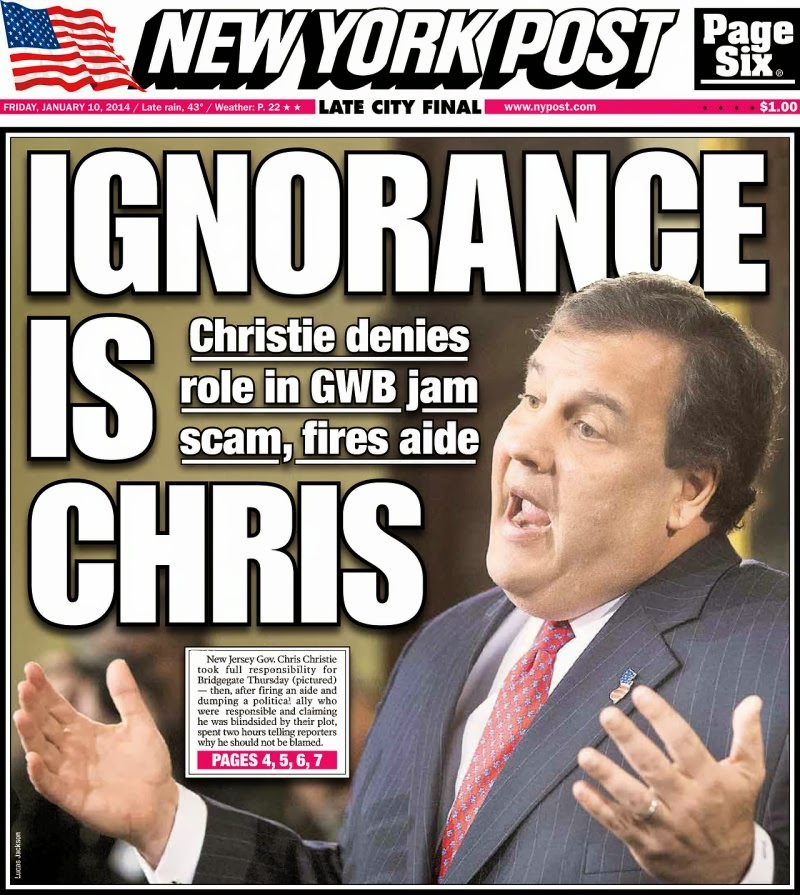 In his radio interview yesterday, Christie admitted he could no longer "warrant" anything his staff said.  Which makes his staff useless, and him useless as well.  If a governor's staff cannot speak and act with the governor's authority, the governor is frozen.  He's useless.  Nothing any staff member says can be relied on, even by the governor; so of what use are they?  And of what use is the Governor?

So that's really question #1:  why is Chris Christie still the governor of New Jersey?  He's admitted he can't do the job, that he can't hire trustworthy people and he can't trust them and therefore he's completely incapable of carrying out the duties of the office.  He's stuck in a dilemma of his own making, because he doesn't want to be responsible for what his staff did (but they only act on his authority, or with the color of his authority, at least), and he doesn't want to be responsible for finding out what his staff did (because, again, he would be responsible, especially if staff said anything from "But you told us to!" to "But you asked who would rid you of this meddlesome Mayor!").

Follow the money.  That's where the criminal charges are going to go.

And that whole thing about Christie being a GOP nominee in 2016?  Fuggedaboutit!  Christie never had any more chance of taking that nomination than Giuliani did in 2008.  Anybody remember when "America's Mayor" was gonna sweep the country because the Beltway Press said so?  Problem was, the Beltway Press didn't leave the Beltway to find out what the voters were gonna do; they didn't even ask America if Giuliani was their Mayor.

So, back to the original and fundamental question:  Outside of New Jersey, who cares what happens to Chris Christie?