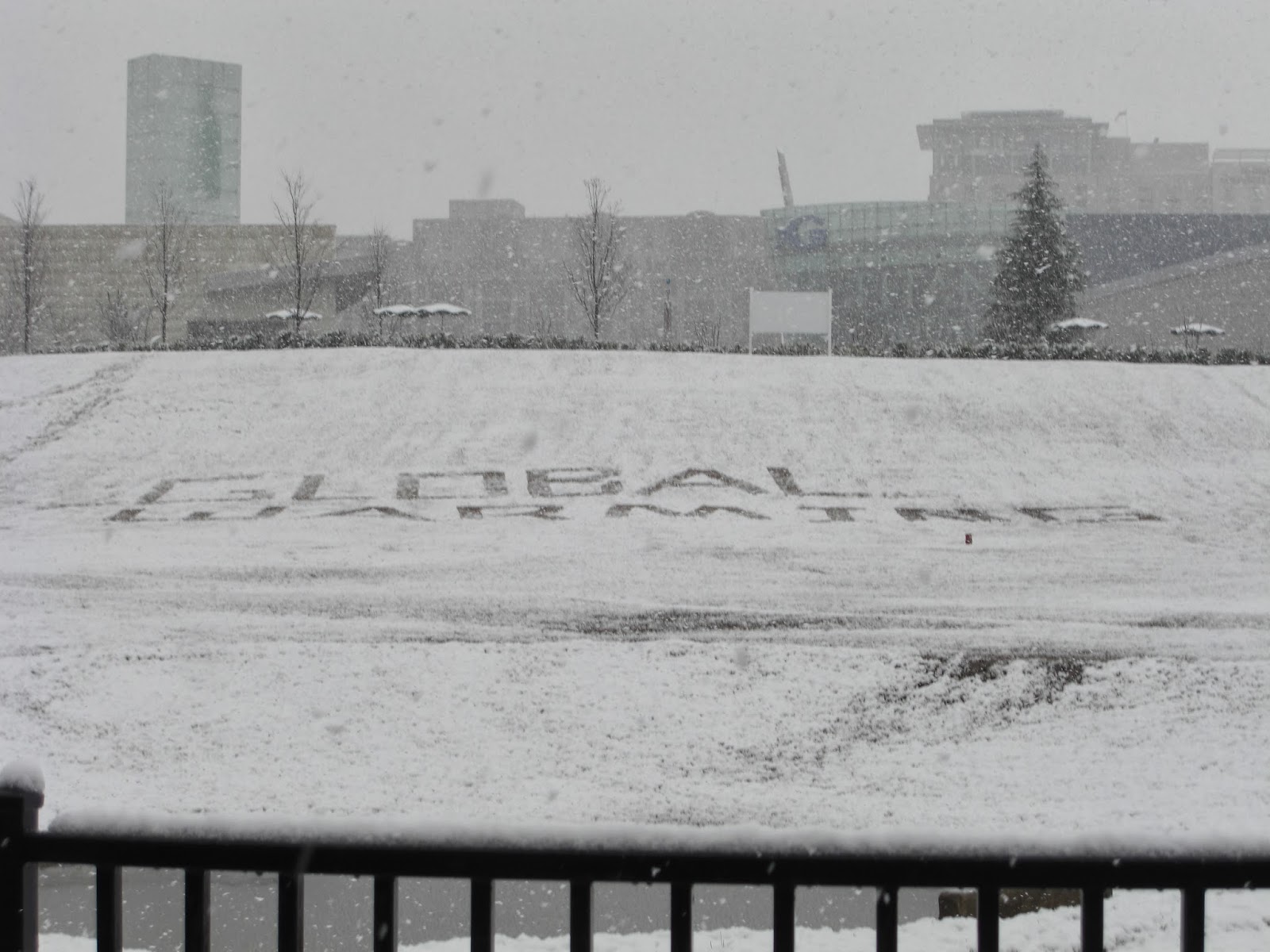 I was going to leave Atlanta alone, but this excellent article at Slate piqued my interest again.  The analysis of what makes the South the South is reason alone to read it.  But to expand on its comments about why Atlanta got so snarled (and not to take away from the analysis based on simple racism, an analysis Goldie Taylor made on Chris Hayes' show, too), I want to consider the always interesting gap between perception and reality.

Or:  all politics really is local.

1)  Atlanta is not New York City.    By that I mean, NYC is very large, covers a lot of real estate, and consists of several boroughs, all of which are ultimately the responsibility of the Mayor of New York.  Atlanta?  Not so much.

The Atlanta metropolitan area, designated by the United States Office of Management and Budget as the Atlanta-Sandy Springs-Roswell, GA Metropolitan Statistical Area, and unofficially known as Metro Atlanta, is the most populous metro area in the U.S. state of Georgia and the ninth-largest metropolitan statistical area (MSA) in the United States. It is the core of the broader Atlanta--Athens-Clarke--Sandy Springs Combined Statistical Area. Its economic, cultural, and demographic center is Atlanta, Georgia's capital and largest city. The Atlanta Combined Statistical area spans up to 39 counties in north Georgia and had an estimated population of nearly 6.1 million people.[2] Atlanta is considered an "alpha(-) world city".[3] It is the second largest metropolitan region in the Southeast behind South Florida.

Georgia has the smallest average county size of any state which operates county governments.[citation needed] This focuses government more locally but allows greater conflict between multiple jurisdictions, each with its own agenda.

The Slate article helpfully underlines that:

“Atlanta” is actually a 10-county metropolitan region which is home to more than 4 million people and 68 separate municipalities. In some places, such an amalgamation might make people think about consolidating services. Not in Atlanta: In Fulton County alone, home to most of the city proper, three suburban municipalities have formed their own governments just since 2005 in an effort to distance themselves from the urban problems of their big-city neighbor, and there’s a growing push among residents of the affluent northern end of the county to form a whole new county, as if Georgia doesn’t already have enough of those.

Coordination and cooperation, IOW, is not high on anybody's list.  Add to that school districts which are probably independent political entities (i.e., not under the direct control of the Governor or any municipality), and you have a patchwork quilt of decentralized power (think post-Reconstruction South) where everybod looks to everybody else to decide what to do, but until the first domino falls, nobody falls.  Goldie Taylor did her best to point out on Chris Hayes' show the other night that the city of Atlanta is actually fine; that what you are seeing in the apocalyptic pictures is the Atlanta Metro area, which is as many as 39 counties who blew this.  80% of Atlanta streets, she says, were clear within 24 hours; but all those freeways and bridges aren't Atlanta streets.

Tat's one problem, but IMHO, and speaking as a resident of the Houston metroprolis, the real problem here is the excessive dependence on the automobile.  Ice storms are much more common in the South than in the North, and much harder to cope with.  No one, frankly, can drive on ice.  It isn't a "Yankee" skill or an ability honed in the frozen winters of New England.  When you have no friction, you have no friction.  (I drove in snowstorms and winters in southern Illinois and Chicago, and I never lost control of my car the way I did in Texas during winter ice storms.  Part of that was salting and sanding, but then the snow was on the ground for weeks, not hours.)  As Ms. Taylor points out, if Atlanta metro had moved away from the car as the major source of mass transit (and I could substitute Houston here at any point), this snowpocalypse might not have occurred.

I think, ultimately, the problem in Atlanta is not climate change (winters have been milder for decades, not harsher; and I think areas like Atlanta grew up in that interregnum and forgot what winter in the South could really be), the problem is treating the personal automobile as viable mass transit.  It isn't, but as long as we insist it is, we're going to have problems like this in our major metropolitan areas.

Or the states are going to have to spend a whole lotta money they don't want to spend on a whole lotta trucks and salt and sand, and start spreading it as soon as the weather turns cold, every year.  And while it gets cold, ice storms just ain't that common in any given Southern winter.

There have to be better ways to solve these problems.