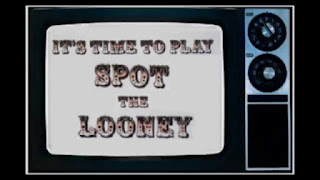 On Friday night’s episode of “Real Time,” host Bill Maher continued to criticize liberal “ninnies” who think 14-year-old Ahmed Mohamed should be lionized for what the comedian characterized as “taking the back off something.”

Maher played a YouTube clip of someone opening up an alarm clock and placing it in a pencil case, and claimed that it looked both exactly like what Ahmed brought with him to school and exactly like a bomb. “This is like pouring milk on a bowl of Cheerios and claiming you invented cereal,” Maher said.

(It's on YouTube!  You can't argue with that!  Why, science can't even explain it!)

Irving, Texas Mayor Beth Van Duyne said in a Thursday interview with local TV station KDFW that Mohamed’s family had been “non-responsive” to the city’s requests to release police and school records about the incident, which are sealed because he is a minor. She added that based on her conversations with police, she also believes Mohamed “was not forthcoming with information” about his homemade clock when he was arrested.


Because really, what we should be doing now is digging into the life of a 14 year old boy who got arrested by a police department which later admitted it had absolutely no reason to arrest him.  It's all his fault, we just need to defeat the conspiracy of liberal ninnies to prove it:

“I don't think there's any question that this latest event was PR stunt," Hanson said. "It was a staged event where someone convinced this kid to bring a device, that he didn't even build … they did that to create the exact scenario that played out. They wanted people to react and they wanted people to portray this kid as an innocent victim.”


Hanson there is Jim Hanson, compatriot of noted paranoiac Frank Gaffney.  So, yeah.....

And does this sound any better coming from a police union representative than it does from a TV comic?

A local police union official also suggested that Mohamed brought the homemade clock to school as a stunt in an interview with KDFW. Heath Wester, president of the Texas Municipal Patrolman's Association, told the news station that Mohamed brought a “hoax bomb” to class with the goal of disrupting the school.


So we have a paranoid mayor who thinks we should see the records on this minor so we can check the quality of the countertops in his kitchen or something, and a police union spokesman who wants to distract from the fact the police arrested a skinny 14 year old kid for packing a pencil case with some electronic components in it to school (have they looked in those kids' laptops?!  Pry 'em open now, they're almost bombs, too!).  And what they have in common with the lunkhead Gaffney associate and the putative comic is that they all know a "Mooslem" when they see one, and "Mooslems" are inherently dangerous, and even if they aren't, it's their fault for scaring us.

As Charlie Pierce says, these really are the mole people.

And, squeezing what was two posts into one, because they make the same point from slightly different directions:

This is what the guy in the "white beanie" said:

In this place which is symbolic of the American way, I would like to reflect with you on the right to religious freedom. It is a fundamental right which shapes the way we interact socially and personally with our neighbors whose religious views differ from our own. Religious freedom certainly means the right to worship God, individually and in community, as our consciences dictate. But religious liberty, by its nature, transcends places of worship and the private sphere of individuals and families. Our religious traditions remind us that, as human beings, we are called to acknowledge an Other, who reveals our relational identity in the face of every effort to impose a uniformity to which the egotism of the powerful, the conformism of the weak, or the ideology of the utopian would seek to impose on us.


Compare and contrast invites us to consider the words of Bill Maher, quoted above.  Or those of Richard Dawkins.  Or those of  Jeffrey Tayler (the link above being but one example).

Still trying to figure out what the New Atheists bring to the table, except childishness.   There's a lot of "conformism" in what they espouse, a strong attempt to "impose a uniformity" upon the rest of us, no different than that which Kim Davis would impose.   Time they all went back to the kid's table, where they belong.  They aren't grown up enough to sit with the adults yet.

*"Alarmant," by the way, is French.  I'm beginning to suspect Heath Wester's loyalties.....