The Wit and Wisdom of a former Cowboys Quarterback 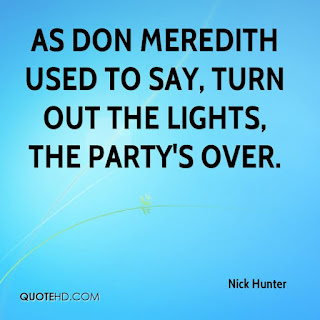 It's worth noting Kim Davis seldom said much in her defense; mostly she hid in her office, away from cameras and reporters and people demanding marriage licenses (which she refused to issue on some confused notion that not issuing any at all was a "Get Out of Jail Free" card because she was not discriminating against gays, which is not illegal in Kentucky).

And now her husband is speaking for her:

Joe Davis said that he plans to travel to confront Kentucky Gov. Steve Beshear (D), who has refused to call a special legislative session to address marriage licenses for gay couples, according to The Courier-Journal.

"You ain't no governor because you have no backbone," he said of Beshear.

"Bunning cannot bully me, my wife or my son," Joe Davis said on Friday, according to Louisville television station WDRB. "I taught my son how to stand up for what's right and what he believes in at any cost. Bunning doesn't know how to pick on somebody that can handle him. The only thing he
knows how to do is to pick up on the weak people."

On Thursday, after his wife was sent to jail, Davis told a New York Times reporter, "Tell Judge Bunning ... he’s a butt."

This is what's going to launch a thousand internet funding efforts and land Kim Davis a job as a commentator on Fox News?

Besides, marriage licenses are already flowing from the Rowan County clerks' office; so why, again, do we care that Kim Davis won't let herself out of jail?  And her husband's comments are a sharp contrast to the actions of Ms. Davis herself:

Davis stood and thanked Bunning after he ordered her to jail, pausing briefly to search the crowded courtroom for familiar faces before she was led away.