Something silly this way comes..... 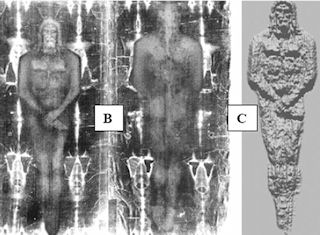 If someone isn't being outraged at who is invited to the White House when Pope Francis I is in the building, there is room for outrage about what brings Kim Davis back to court (because that's how the court system works.  We don't get to reduce Kim Davis to a greasy spot because you don't like her actions.)  And there is still no small amount of yammering outrage about Ahmed and the technicolor dream clock which he didn't really make, he just disassembled and put in a pencil box.

The funniest part about this "meme" is that it depends on so many people saying it in order to be true.  Yes, there is a blogpost that purports to examine a photograph, which examination renders visual evidence that only the writer of that post can see, "proving" this radio is actually a Radio Shack product from the 1980's.  The "proof" includes the allegation that there is an "M" on the circuit board (which, again, apparently only the writer of the blog post can see, since no enlarged picture is provided), and that "M" can only mean (wait for it!):  "Micronta," the name under which the clock was marketed.

And, you see, this is all true because the blog post says so.  Again, the "evidence" here is the blog post, not any "high definition" photographs which the post writer says have been reviewed, but which apparently were unavailable for reproduction.  There are fuzzy enlargements of the picture released by the Irving PD which are labeled by someone with parts supposedly from said Micronta clock, but that "evidence," again, is the arrows and the captions and the words of the blog post writer.

One wonders what Richard Dawkins makes of the Shroud of Turin, which at least looks, even to the uninitiated, like it bears the figure of a man wearing a crown of thorns and wounds consistent with crucifixion.  Yes, I know the Shroud has been proven to be a medieval fake (I'm not much for relics anyway), but you can look at the Shroud and think:  "Hmmm....that looks like a human being."

Or you can look at the photo of the clock in the pencil box and wonder, as I still do:  "Clock?  So, where's the readout?"  And also look at it and say "Looks like some random bits of electronic parts, to me."  Identifying them as coming from a specific digital clock by a specific manufacturer from a specific decade would, one would think, require a bit more, ahem, "personal" inspection of the item.  After all, I'd never pass judgment on the validity of the Shroud of Turin based on a photograph.

And, interestingly, we still can't figure out how the image got on the cloth.  It's not that hard to imagine Ahmed Mohammed assembling components to make a  clock in a pencil box either from instructions on the internet (I've used DIY videos successfully for everything from remodeling a bathroom to roofing a garage to replacing a tail light), or just figuring it out himself.  Both of which are more plausible than assuming he had to have scoured e-bay for a Micronta clock, torn it apart, and scattered the bits into a pencil box, just because he could (or because he knew it would fit into a pencil box).

Unless you're Richard Dawkins and don't want to give the young brown boy any credit at all.

AND ANOTHER THING:  I want to add that many comments about how Ahmed "didn't build that" claim he put the parts in a briefcase.  You know, the thing executives and lawyers carry around, and that every 14 year old has in his room.

It's a pencil case.  It's 8" wide, according to the blogpost Dawkins cited and everyone else is going from.  In the picture it may look like a briefcase only because there isn't much to compare it to, in terms of size (although the AC plug should be a giveaway).  But that's one of the problems with pictures:  what you see ain't necessarily what's there.

(Besides, even in the '80's, digital clocks weren't so big the components would barely fit into a briefcase.  Reason!  Logic!)