"You didn't build that!" 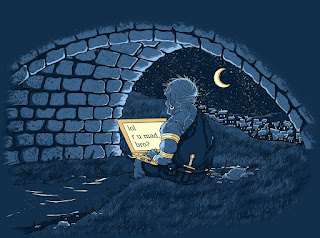 This is how absurd the internet can be.

Apparently there's a whole discussion going on out that about how Ahmed Mohammed didn't "invent" a digital clock because all he did was take apart a 30 year old Radio Shack digital clock and reassemble the components in a pencil box.

And since the 14 year old said "invent," he's guilty of heinous crimes including deluding the Irving police into arresting him and the White House into inviting him to come for a visit.

I'm a bit baffled by the examination of a photograph from which one can make absolute determinations, and I want to ask if they also checked the kerning.  But whatever:  the kid took components and put them together into a clock.  Were the components assembled and he disassembled a 30 year old clock and made it work again?  Or reassemble it in a pencil box?  Do we have any idea where those components came from?  Can "M" only mean "Micronta"?  (is it even reasonable that that is what it means?)

Inquiring minds want to know.  Or, actually, they don't.*  The author of the dissection insists the point is to focus on our reaction to this story, not to the "hoax clock" itself.  So, of course, Richard Dawkins focusses on the hoax.

Given Dawkins' history of disdaining the non-white countries of the world, maybe not such a smart move for him.

I gotta say:  the internet is a really tiring place.  The trolls can have it; they seem to be the only people here anymore.

Not that this whole discussion is really any different from Frank Gaffney's paranoia: 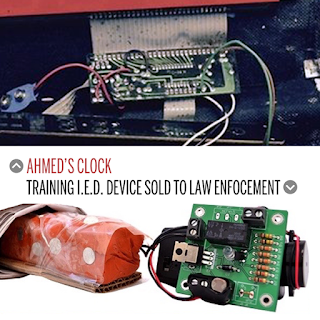 A picture Gaffney tweeted with the quite reasonable question:  "How is a teacher supposed to know?  A Clock or a Bomb Trigger?"  (Maybe the first clue is:  who plugs in a "bomb trigger"?)


*The point of the "dissection" is supposed to be about our reaction to the device, but the analysis assumes so many facts not in evidence, and so obviously starts with a conclusion it then finds support for, that it's an exercise in futility.  I always assumed Ahmed assembled parts without a blueprint or instructions and figured out how to put a digital clock together from his own knowledge.  If he had the parts, did he know what they were?  How did he know how to assemble them to make them work?  Is it really a Radio Shack item from the '80's?  Did he have it assembled, and took it apart with minimal alteration to put it in a pencil box?

Does it really matter?