Aw, goddammit, why'd you have to go and open your mouth? 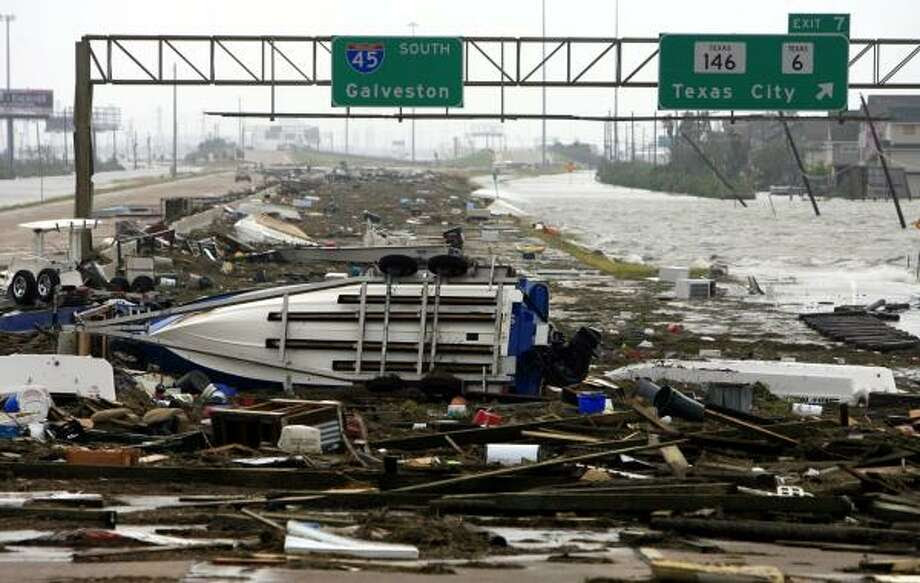 I hate that the internet has turned into a place of outrages and "rants" and more so that I contribute to it, but goddammit, Jeb Hensarling is a purblind idiot!

“The federal government is encouraging and subsidizing people to live in harm’s way,” he said. “I just went to Houston, I visited with some of the survivors, I mean, people whose homes have flooded three times in eight years.”

Hensarling did not mention the role of climate change in making hurricanes more intense and destructive, and instead placed the burden for dealing with the aftermath of hurricanes solely on individual homeowners.

“At some point, God is telling you to move,” he said. “If all we do is force federal taxpayers to build the same home in the same fashion in the same location and expect a different result, we all know that is the classic definition of insanity.”


In the first place, most of the residents and property owners of Houston don't have flood insurance, which is going to be a major problem in reconstruction around here.  In the second place, some of the worst flooding in Houston occurred because of flood control, not in spite of it.  And thirdly, but hardly last, Houston hasn't had 3 hurricanes in eight years, you pinheaded boob!  The last major hurricane here was Ike, and that was nearly 10 years ago!  We have, however, had three 500 year flood events in the past 3 years, and only one of those (Harvey) was a hurricane event.  The flooding problems in Houston have as much to do with flood control (a federal concern, since they operate the major flood control structures around here) as it does with climate change, and more to do with either than hurricanes and obscure "messages" from God.

What was that you were saying about "insanity"?  For a guy who doesn't know his ass from a hole in the ground, you really should watch what you say, because you have condemned the entire Texas coast line and well into the inland areas with your stupidity.  We should, what, evacuate the 4th largest city in the country?  And clear out all the cities between Beaumont (also hard hit by Harvey) and Corpus Christi, as well as the agricultural and industrial properties?  And inland how far?  They almost had flooding in San Antonio from Harvey.  You imagine all those people hit by that event had flood insurance?  How many millions will we displace to please you, you cloth-eared git?

And Florida?  We should just abandon the entire peninsula, give it up as a state and let it become a federal holding?

Lord, why did you make some people so stupid?

At least I managed not to drop an "f-bomb."  He's really not worth it.  But, damn is he stupid.

Just to add to this:  I live in a neighborhood which had never known flooding before the 21st century (it was built in the mid-20th century).  In the 16 years I've lived here houses on this street have flooded at least 4 times (maybe 5), and only two of those were due to hurricanes (Ike and Harvey); two were due to rain events not associated with hurricanes or tropical storms.  And we don't live in a  recognized flood plain, or even on the coast (the coast is an hour away from here).

You have to be a complete idiot to say we live here because of flood insurance and that hurricanes are telling us we can't afford that luxury.