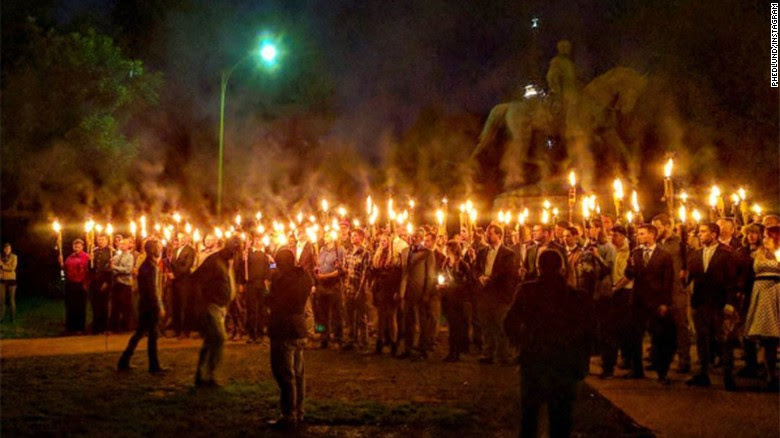 Josh Marshall responds to Ta-Nehisi Coates' essay on "the first white President" with this argument:

Coates seems to be reacting to a consensus both among white pundits and ‘the left’ that Trumpism is driven by the economic privation of the white working class or a backlash against cultural condescension against the white working class. Since Coates is able to assemble a broad assortment of statistical, public opinion and historical data pointing to race as the central and overriding force behind Trumpism, he further argues that the focus on economic hardship of the white working class is a form of denial, an unwillingness to grapple with the centrality of race in American politics and the catastrophic damage (in the form of Trump’s election as just the most recent and cataclysmic example) of white supremacy and white backlash.

I should say that I basically agree with all of this. Race and class are never really separate in American or any other society. But virtually all the arguments about Trumpism as driven by economic insecurity or as a product of the white working class generally fall apart on even cursory inspection. Anyone who’s looked at the public opinion data, the electoral data knows that race and particularly perceptions of threat to the power or cultural dominance of white people and more generally white Christians is the overwhelming determinant of who supported and supports Trump.

What I was confused about is that this is hardly the first statement against a consensus to the contrary. There’s lots of this thinking. We see it all over. But it’s also the focus of a huge public debate. Indeed, pundits and political writers left of the 50 yard line of American politics have an on-going and protracted argument about precisely this point. It’s actually become the stalest joke mocking what Coates sees as a largely uncontested consensus when people chime in that it must be ‘economic anxiety’ when we see just the latest example of Trump supporters revealed as espousing the most transparent and aggressive racist views.


Yes, they have; but they aren't controlling the conversation.  The day I heard about Coates' essay I was listening to Rachel Martin interview him on NPR.  NPR is not home to pundits and political writers left of the 50 yard line of American politics, but it does have a larger audience than TPM or The Atlantic (which is why Mr. Coates was on).  Ms. Martin was very concerned that Mr. Coates didn't put any stock in the "economic displacement" argument, and she pressed Mr. Coates to defend his challenge to the generally accepted narrative of how Trump won and who Trump's base is.

Mr. Coates does a better job of skewering that narrative in his essay than he did in the interview, but he did it in either case without appeal to the authority of pundits and political writers left of the 50 yard line.  The point being, the generally accepted narrative is still that Trump won because of economics and despair, not because of racism and white supremacy.  Maybe "enlightened" pundits know that isn't true, but they are speaking to each other, by and large.

The funniest part is, Mr. Marshall ends his essay noting that there are a number of voices "hardly little heard or without megaphones – [Coates is] simply not hearing."  Yeah, there's a lot of that going around.