The road goes on forever, and the madness never ends.... 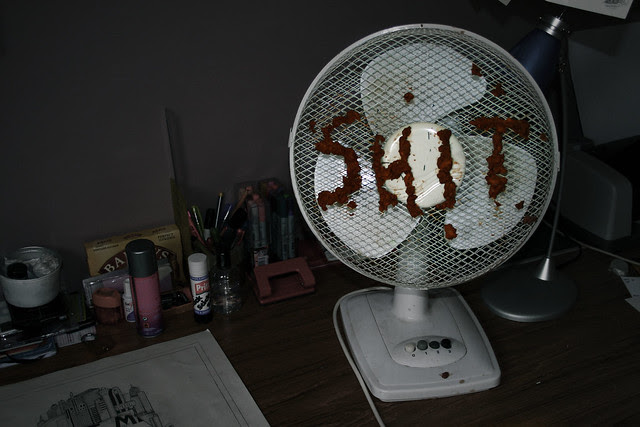 The problem with writing on a complex topic is that you can't cover it all in one post, and you can't assume your audience is going to read every post you write on that topic, in the order you wrote them.

So my "rant" has gone semi-viral, and prompted comments like this:

What does "thinking the free market knows best" have anything to do with Harvey & Houston?

I really need an index.

But mostly that post that's now so bloody popular was a rant, not a scholarly analysis of failures and faults.  It was id, with as little superego looking on as possible.  It was meant to be taken as a scream, not as a set of explanations.

Which is why I'm trying not to scream now.  I spent almost 6 hours last night in the car, trying to get to a destination no more than 30 minutes away from my house in the worst usual traffic conditions.  But since Harris County has controlled flooding now, rather than flood control, several square miles of neighborhood are inundated and won't drain, at the most optimistic estimates, until the middle of the month.  I heard today that almost 130,000 houses have been flooded in the Houston area.  I don't think that number includes the houses being flooded now, because no one can get in to get an accurate count.  Or maybe it does; but if that number goes up by at least half again, I won't be surprised.

It will surely go up.  Just this morning I got an alert that a neighborhood southeast of me (toward downtown Houston, but south of I-10) can expect flooding today, because Buffalo Bayou runs through it, and the water being released from the reservoirs (built for flood control in 1935) has finally gotten that far.

What snarled the traffic last night until 11:00 p.m. (it was still stacked up westbound when I returned eastbound on the road that was a parking lot for 5+ hours; so, later than that, but I can't tell you how much later) was the closure of several major roads that cross the bayou.  Closed because they are flooded out because the bayou is flooded out because "flood control" means we saved the city of Houston (downtown) as the reservoirs were meant to do, at the cost of a large chunk of Houston between those reservoirs and downtown.  A chunk that includes the "Energy Corridor," where most of Houston's petroleum companies relocated office buildings to be closer to where their executives were already living (west of me, and I'm west of downtown by several miles).  The neighborhood flooding now is home to some of the more expensive real estate in the city.

Shit, in other words, is gonna hit the fan.

It didn't have to be this way, but we didn't want to invest in flood control after 1935.   We wanted to develop all that property that was literally undeveloped in the 1950's (I knew people who remembered).  Indeed, the western edge of the flooded area is a road that was on the far edge of town in the '80's when I used to drive over from Austin to visit family.  The eight-lane road that was a parking lot last night (I was on it for miles) was a two lane road then, with rice paddies and farmland along much of its length.  All gone under concrete and asphalt and "impervious cover," now, and all in the way of the reservoirs now flooding Houston, even then; if the predictable happened, which it finally did.

And this is the point where we put to bed the idea that Harvey was "unprecedented," as if that's an excuse for not planning for it.  It was unforeseen, but not unforeseeable.  A rain event of the magnitude of Harvey is unforeseeable in southern California, or in Death Valley.  It simply hadn't happened yet on the Gulf Coast.  For all the unprecedented nature of the storm, it was still not the level of a 1000 year flood (local news pegged it at 800).  We've had two 500 year storms in a row in the two years before Harvey.  Is their precedence for that?  Probably not.  Foreseeable?  The very designation ("500 year storms") means it was.

And the flooding of west Houston, the shutting down of major thoroughfares which are literally the arteries of this part of the city, was foreseeable, too.  We just didn't plan for it, because planning takes money, and money means taxes, and planning also means set asides and regulations and land use controls and building codes that we didn't want to bother with because, as our mayor, whom I otherwise admire, said as soon as he could, "Houston is open for business!"

Except what I went through last night makes me think a few hundred thousand Houston residents in this part of town would like to stay home from business until the flooding stops; but many of them need the money, need the work, need the hourly wage they won't otherwise get.   Most of us simply can't stay home until the waters have receded everywhere and anywhere.  I saw more cars stalled in traffic yesterday than I have seen in 45 years of driving.  I kept thinking how this would work if the local schools reopened before the major roads did, and kids are sitting on school busses from 3 p.m. 'til 8 or 9 p.m., just trying to get through traffic to get home.  The road I was on last night was a major artery:  it was still clogged with traffic at 11:00 p.m., and I doubt it cleared before 1:00 the next morning.  And this is not happening because of Harvey; this is happening because of antiquated flood control that is literally, now, controlled flooding.

If we can't do better than this, we don't deserve to be "open for business."  Or even open as a civic enterprise.  We speak of "failed states."  This could be a failed city.

Too bad shit has to hit the fan before anything can get corrected; but whether it will be corrected, remains to be seen.

Well, I wrote this much, then went looking for a picture of flooded west Houston, and I found this:

Two decades ago, Harris County planners predicted with chilling accuracy just how devastating a storm like Hurricane Harvey would be to the Houston area. Far lesser storms, they determined, could wreck a large swath of the city and its western suburbs.

In a report dated May 1996, engineers for the Harris County Flood Control District concluded the area's reservoir system was severely insufficient and imperiled thousands of properties. The report's authors proposed a $400 million fix: constructing a massive underground conduit that would carry water out of the reservoirs and into the Houston Ship Channel more quickly.
....

Today, the report reads like a prophesy of the flooding that swamped west Houston and surrounding areas. Its authors knew which neighborhoods would flood and why, and in which places the flooding would be especially damaging because the water could pool for weeks.

"The primary flood threat facing the citizens of west Harris County and west Houston comes from the inability to drain the Addicks and Barker reservoirs in an efficient manner," the report said.

When built in the 1940s, the area's reservoir system was adequate, the report said. But because of changes made to the system, and given the pace of urban development 50 years later, "the project's original design parameters and assumptions are severely outdated and invalid."

In addition to the report's main proposal of a conduit, its authors raised other alternatives, such as digging the reservoirs deeper, buying out properties at risk and creating new regulations on development. And then there was a final, stark alternative: "Do nothing and accept risk of flooding."
....
Asked Monday about the report, Harris County flood control officials said they could not immediately locate a copy and were unfamiliar with the details.

"What I recall is, and I haven't read the report since back then, was that it was going to be very difficult to do physically," said Steve Fitzgerald, the flood control district's longtime chief engineer.


And of course, the real problem is the federal government didn't save us from our lust for development.   The area flooded has only been developed in the last 30 years.  That's what the report was warning about.  But hey, the market is a great green god, and in 1996 there was a highway to be built, and Congress wouldn't do for Houston what Houston refused to do for itself.  Now, this guy, who lives near the reservoir, speaks for all those across the highway who never figured the reservoir loomed large in the life of their homes and neighborhoods at all:

Many of the thousands of homeowners who live near the reservoirs, however, didn't understand the risks those reservoirs posed. Aaron Voges lives with his wife and two kids, 7 and 12, in a flooded neighborhood called South Park, one of those located inside the reservoir.

"For some stupid reason I thought that levee that I see on my way home, I thought that protected me," he said. "I had no idea that there were plans in place to flood me to protect other people, which blows my mind."

Voges says even if he can restore his home, it now won't be worth near what he owes on his mortgage.

"Why did they build the neighborhood? Why did they let people buy out there?" he said. "It lowers what little faith I have in my government."