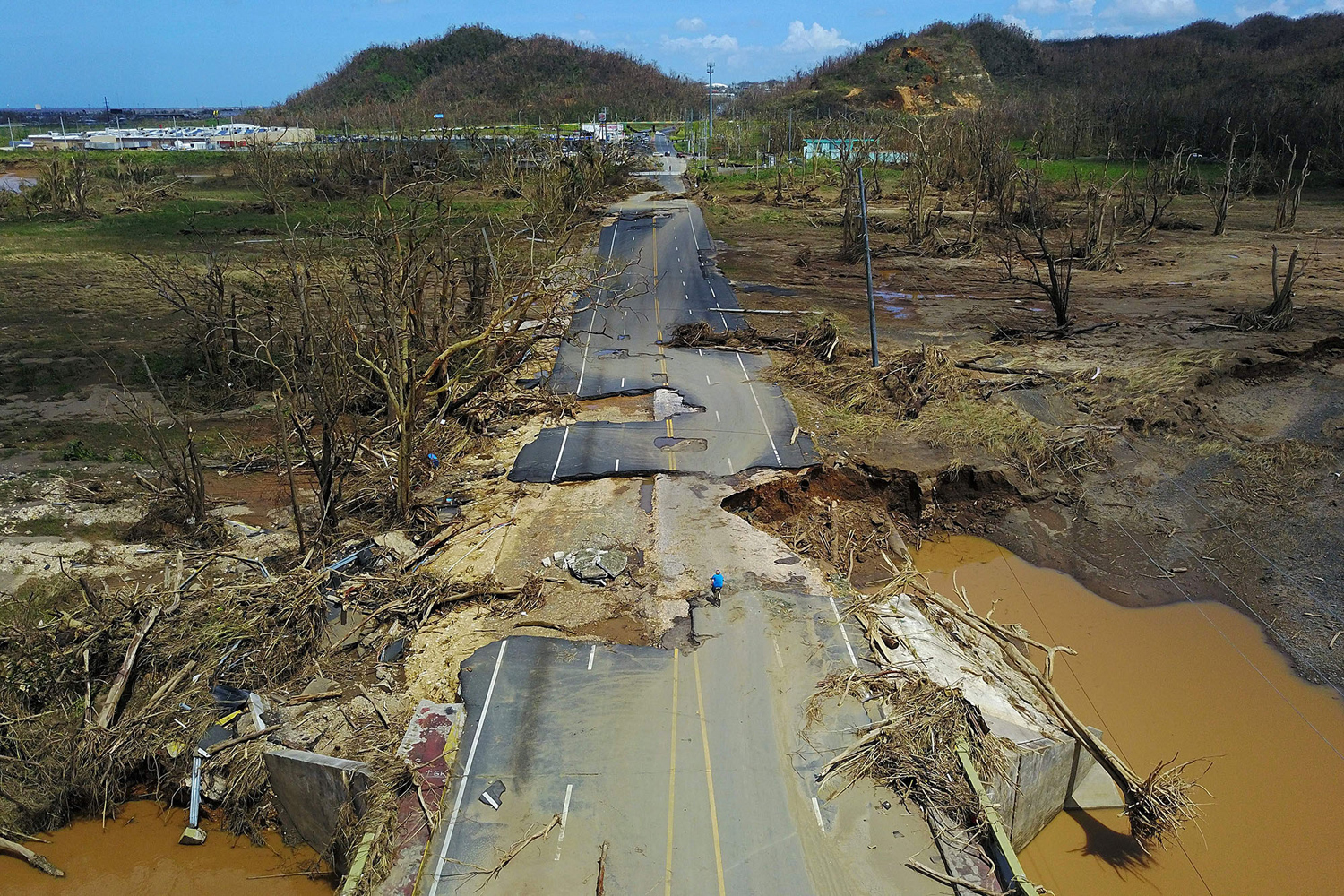 Obviously the fault of debt and Wall Street.

Ratings for NFL football are way down except before game starts, when people tune in to see whether or not our country will be disrespected!
— Donald J. Trump (@realDonaldTrump) September 26, 2017

The booing at the NFL football game last night, when the entire Dallas team dropped to its knees, was loudest I have ever heard. Great anger
— Donald J. Trump (@realDonaldTrump) September 26, 2017

But while Dallas dropped to its knees as a team, they all stood up for our National Anthem. Big progress being made-we all love our country!
— Donald J. Trump (@realDonaldTrump) September 26, 2017

This is pathetic.  And lest we forget Puerto Rico:

...It's old electrical grid, which was in terrible shape, was devastated. Much of the Island was destroyed, with billions of dollars....
— Donald J. Trump (@realDonaldTrump) September 26, 2017

...owed to Wall Street and the banks which, sadly, must be dealt with. Food, water and medical are top priorities - and doing well. #FEMA
— Donald J. Trump (@realDonaldTrump) September 26, 2017

Let me put the situation in Puerto Rico in some perspective:

In its wake, more than 3 million Americans now live without electricity or adequate food or water, and under the specter of looting and disorder. Some 80 percent of island’s agriculture has been destroyed, decimating a source of food as well as a chunk of Puerto Rico’s economy. Ninety-five percent of cellphone towers on Puerto Rico are out, depriving locals of a way to ask for help—and crippling any government response, too. The situation will likely worsen as emergency supplies run out and as the local government finds itself unable to deliver support or maintain order across such a wrecked landscape.

So far, the Trump administration has dispatched an anemic Federal Emergency Management Agency mission and sundry military units to assess the situation and provide support. But in some cases it took the federal government days to even contact local leaders in Puerto Rico’s major cities, let alone deploy aid. Only the most rudimentary military support is now on the ground. This is inadequate and calls to mind the lethargic response by the Bush administration to Hurricane Katrina in 2005. The U.S. military has a unique expeditionary capability to deliver humanitarian support, logistics, and security anywhere in the world, far above what FEMA or any other civilian agency can muster. American citizens are suffering and dying and need all their government can do for them (including the military). Unfortunately, their president and the military at his command appear focused elsewhere. Unless this changes, more Americans will die.

But "debt."  And "Wall Street."  (Where Mnuchin comes from.)  And the Dallas Cowboys football game.

This is beyond childish; this is criminal.