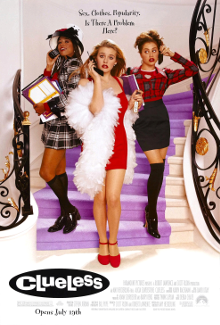 She wasn't, but they sure are!

Reading a bit about the examination of Dr. Ford in the hearing (cross-examination seems the more correct term) because I'm not trying to watch the hearing myself, I found Josh Marshall summed it up pretty well:

I watched and couldn’t imagine what Committee Republicans were thinking if they thought this was accomplishing anything good, whether substantive or political. It wasn’t just that she didn’t lay a glove on Blasey Ford. It was more the jarring mismatch between the two people. Here you have a cooperative, sympathetic and seemingly guileless (in the good sense of the term) women getting questions the clear focus of which was to catch her out on some fatal contradiction. It was harsh and forensic. For all that, it was even more hapless because Mitchell clearly didn’t know the answers she was going to get. So she failed even in her probably impossible task.

I watched this brief interchange and thought: this is more catastrophic for them then I really could have possibly imagined. We all get why the older men on the committee didn’t want to question Blasey Ford. But gender isn’t the only factor here. A woman treating her as a hostile witness and apparently being tone deaf to how the testimony had already gone is just as bad and maybe worse. Especially when everyone knows she is there as a stand-in for the Majority’s moral cowardice. It was so bad I even felt bad for Mitchell. After all, she’s only had a few days to prep and in the nature of things lacks the authority to shift gears from her brief.

But here's what Marshall didn't say, and it's going to be obvious to almost every woman in America:  the old white men of the GOP sitting on that panel are using Mitchell as their proxy.  She is the puppet, they are pulling the strings.  The obvious purpose is to deflect from their gender, but all they do is deepen their position as the Men Who Should Be In Charge, and that's the defense of Kavanaugh that's coming down:  he is a man, he should be in charge, and women should not be believed.

Why else would Sen. Graham say this?

“She took a polygraph and they didn’t tell us until Sept. 26,” Graham said. “All I can deal with is what’s in front of me. I’ve got a guy who adamantly denies this. Anyone who knows him in a real way say this is not the guy I know. I’ve got Dr. Ford, who can’t tell me the time and the place, and we’ll see what happens.”

He accused Democrats of pulling a political stunt with Ford and other women who have alleged sexual assault by Kavanaugh, and he warned Republicans they would do it again.

“Let me put it this way to my Republican colleagues,” Graham said. “If this becomes the new standard, where you have an accusation for weeks, you drop it right before the hearing, you withhold from the committee a chance to do this in a professional, timely fashion. When they publicly say that their goal is to delay the vote, get the Senate back in 2018, to make sure he can’t fill the seat, they’re publicly saying that, I don’t want to reward that kind of behavior. I think we’ve been very fair.”

“To my Republican colleagues,” he added, “if you can ignore everything in this record, looking at allegation that’s 35 years old, that’s uncertain for time, place, date and no corroboration, if that’s enough for you, god help us as Republicans. Because this happens to us, it never happens to them.”

Then he threatened Democrats and their future nominees.

“Let me tell you, my Democratic friends,” Graham said. “If this is the new norm, you better watch out for your nominees.”

Not a trace of irony about the nomination of Merrick Garland, not a hint of sympathy (more importantly) for Dr. Ford.  Let me put it this way:  women had better just shut up and mind their place and not interfere with the men's business; that's what Sen. Graham is saying.  And that's what the GOP is saying through Rachel Mitchell:  you ask the questions we want you to ask, you do what we tell you to do, and you keep us from having to be the Old White Men Asking Questions of a Woman on the TeeVee.  Mind your betters, woman.


That Mitchell is feeding the conspiracy theory floated by Kavanaugh’s buddy, Ed Whelan, should be a reminder of the absolute moral corruption of the entire Republican party.

If Graham is worried about false accusations, I have one he can focus on.
— Amanda Marcotte (@AmandaMarcotte) September 27, 2018


That would be the conspiracy theory even Whelan withdrew and apologized for.  And lower and lower they go....