The Day John McCain was memorialized in the National Cathedral 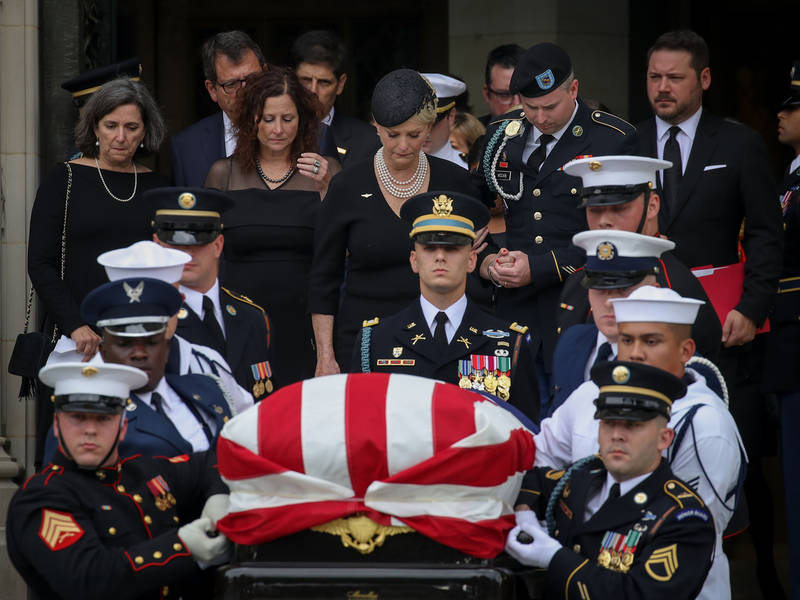 There is no political necessity to keep Canada in the new NAFTA deal. If we don’t make a fair deal for the U.S. after decades of abuse, Canada will be out. Congress should not interfere w/ these negotiations or I will simply terminate NAFTA entirely & we will be far better off...
— Donald J. Trump (@realDonaldTrump) September 1, 2018

Well, in 6 months you can end NAFTA, if you give official notice now (a tweet won't do it). Which will not be popular in Texas or Arizona, to name just 2 states. And Congress  "interfere"?  Congress approved NAFTA and passed enabling legislation which Trump can't repeal by executive order or on 6 months notice (and please, give notice before November!).

....Remember, NAFTA was one of the WORST Trade Deals ever made. The U.S. lost thousands of businesses and millions of jobs. We were far better off before NAFTA - should never have been signed. Even the Vat Tax was not accounted for. We make new deal or go back to pre-NAFTA!
— Donald J. Trump (@realDonaldTrump) September 1, 2018

Really has no clue how embedded NAFTA is, does he? The only way back to "pre-NAFTA" is to repeal a number of laws.  Trump apparently doesn't know that.  Or, for that matter, what he is doing.

Except keeping his mind off the fact the nation of mourning John McCain, and Trump isn't there to talk about himself.