Saturday Of The First Week Of Lent 2021 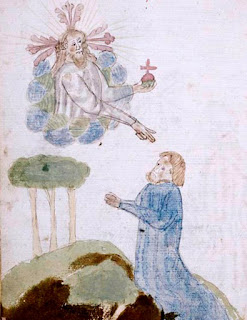 And the Lord said, Because the cry of Sodom and Gomorrah is great, and because their sin is very grievous;

I will go down now, and see whether they have done altogether according to the cry of it, which is come unto me; and if not, I will know.

And the men turned their faces from thence, and went toward Sodom: but Abraham stood yet before the Lord.

And Abraham drew near, and said, Wilt thou also destroy the righteous with the wicked?

And the Lord said, If I find in Sodom fifty righteous within the city, then I will spare all the place for their sakes.

And Abraham answered and said, Behold now, I have taken upon me to speak unto the Lord, which am but dust and ashes:

Peradventure there shall lack five of the fifty righteous: wilt thou destroy all the city for lack of five? And he said, If I find there forty and five, I will not destroy it.

And he spake unto him yet again, and said, Peradventure there shall be forty found there. And he said, I will not do it for forty's sake.

And he said unto him, Oh let not the Lord be angry, and I will speak: Peradventure there shall thirty be found there. And he said, I will not do it, if I find thirty there.

And he said, Behold now, I have taken upon me to speak unto the Lord: Peradventure there shall be twenty found there. And he said, I will not destroy it for twenty's sake.

And he said, Oh let not the Lord be angry, and I will speak yet but this once: Peradventure ten shall be found there. And he said, I will not destroy it for ten's sake.

Incline us, O god, to think humbly of ourselves, to be saved only in the examination of our own conduct, to consider our fellow creatures with kindness, and to judge of all they say and do with the clarity which we would desire from them ourselves.

Towards four o'clock in the morning, being restless and unable to sleep, I went quietly to my friend's room and discovered my poor friend lying unconscious on the floor.  We carried him to bed. And though we used all possible care, I fear this moving him was fatal. He vomited blood in great quantities.  The lady who shares my life had made a thorough study of medicine and was able to inform me regarding his condition and do all that was required.  Her diagnosis was a very grave one.  But the hemorrhage had subsided.  While I was awaiting the doctor, our friend regained consciousness.  Yet he did not speak.  Great beads of perspiration were rolling over his brow and cheeks. His eyes, which I could scarcely see under his heavy half-closed lids, told of great anguish.  I felt his pulse and it was rapidly growing weak. We sent a boy to go and fetch our parish priest.  The dying man motioned to me to give him his rosary.  I found it in one of his pockets; and from that moment he held it pressed to his breast.  Then some strength returned to him, and in a voice one could hardly hear he asked me for absolution.  His face became more at peace, he smiled even. Although I realized I had no right to accede over-hastily to this request it was quite impossible in the name of humanity and friendship to refuse him.  May I add that I was able to discharge this duty in a spirit which need leave you with no possible misgivings.

The priest was still on his way, and finally I was bound to voice my deep regret that such a delay threatened to deprive my comrade of the final consolations of our church.  He did not seem to hear me. But a few moments later he put his hand over mine, and his eyes entreated me to draw closer to him.  He then uttered these words almost into my ear. And I am quite sure that I have recorded them accurately, for his voice, though halting, was strangely distinct.

I think he died just then.