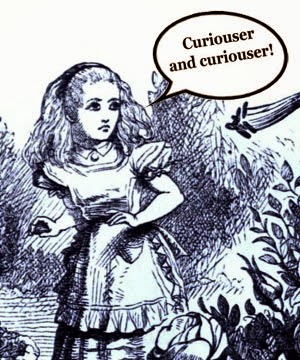 I like Dahlia Lithwick but, seriously, you can't ever divine what's in the plaintiff's heart (or head).  Even God doesn't claim that power:

The heart is devious, beyond all reckoning,
who can fathom it?
I, God, test the heart...

This is honestly all anyone can ever do in a legal setting:


Until and unless we can understand precisely what the nuns object to, the case is almost impossible to analyze—and that means looking carefully at the self-certification form, and at the pleadings in the case.

We don't have the to "understand precisely what the nuns object to" because we can't presume there is a more precise objection than the one they have made in their legal pleadings.  Perhaps they have one they can cast in metaphysical terms; or theological terms; or even ecclesiastical terms.

But none of those terms have purchase in the courts unless they can be translated into legal terms.  And those objections can only be expressed in the pleadings in the case, and the arguments of counsel.  We don't ask the courts to read the hearts of the parties; only their legal briefs.

Lithwick reviews the arguments (via pleadings and legal briefs) of the plaintiffs (the Little Sisters) and sums it up this way:

Part of the problem with the case is that these are not purely legal, or even wholly logical, arguments.  The nuns, after all, say they are answering to a higher authority, or—as they put it in their reply brief in the case—the government’s “minimalist characterization of the form” should not be permitted to control the “Little Sisters’ religious determination about whether they can execute the form.” The Little Sisters reject the government contention that the form is an opt-out. Why? Religious doctrine. And somewhere in the interstices of religious doctrine, an ephemeral combination of signing this form, greenlighting its consequences, endorsing the idea of such coverage, and putting it all into writing, there lies, in their view, a violation of religious law. In other words, the two parties to this case are talking right past one another, and that puts the courts in a very precarious position. This isn’t just a fight over what signing the form means, it’s a fight about who gets to decide what fighting over the form means: Barack Obama or God? And who wants to be the judge of that?


But she's answered that point earlier:

It’s kind of like pregnant angels on the head of a pin. The nuns argue they cannot cause contraception to be offered. The government says that it’s the government causing contraception to be offered and that the nuns are indeed being afforded the right not to participate. Extending the Little Sisters’ argument about agency means that so long as any employee obtains contraception in any fashion, the sin is done. This undermines the entire principle of religious accommodation, which is supposed to protect the conscience of the religious objector but not violate the rights of everyone else.

And the answer is right there in the last sentence:  "the entire principle of religious accommodation" is "to protect the conscience of the religious objector but not violate the rights of everyone else."  In time of war, after all, a conscientious objector doesn't get to go on his merry way while everyone else is drafted.  I find the death penalty morally abhorrent and indefensible as a matter of my religious beliefs; but I don't get to refuse to pay state sales and property taxes in Texas because that makes possible, at some end point, the funding of executions in Huntsville.   Besides, paying for health insurance at all means somebody, somewhere, is able to afford contraception, through the same carrier that provides healthcare to you.

Not to mention the through-the-looking-glass aspect of this case, which is that the Little Sister's plan is already exempt from providing contraceptive coverage through ERISA. In fact, let me just quote this from the link in Lithwick's article (she calls this a "wrinkle."  I don't understand why it isn't the whole case):


I'm a little confused as to why this is even nominally a RFRA case at all.

Adding, once more, with feeling:  "Birth control pills" are also used by many women for medical purposes other than contraception.  Sandra Fluke testified about such uses, but her testimony was turned into a gross assault on her moral character and her sex life.  Perhaps the Little Sisters don't want to support contraception; but are they so determined to do so that they will refuse their employees the ability to treat other conditions with a relatively effective, relatively benign, and relatively inexpensive option?

I'm back to considering the importance of people over stuff....

Adding:  now that I reconsider that closing line from the last blockquote above, I see where Ms. Lithwick is confused.  All parties must come to court showing they have suffered, at least allegedly, a legal injury.  But the legal injury alleged by the Little Sisters is that they're being asked to sign a form that has no affect on them and doesn't change their insurance status, but signing it forces them in some inchoate way to participate in a system to which they object on religious grounds.

Except it doesn't, because the signing of it, although the government may require it of them, is a legal nullity.  It has no effect at all.  But the Little Sisters say signing it still offends their religious beliefs; somehow; and the court must take cognizance of that.

As TC says in the comments, why wouldn't that require honoring Sharia Law, too; or Jewish law, for that matter, over any secular statute one might complain of?

No wonder Ms. Lithwick thinks this court requires discerning the intent of the plaintiff's; they haven't yet stated a legal basis for their lawsuit.  But the courts haven't thrown it out, so there must be one.

This is the legal equivalent of being put in a round room and told repeatedly to stand in the corner, by an authority you otherwise respect and admire....