Don't worry so much about Texas.... 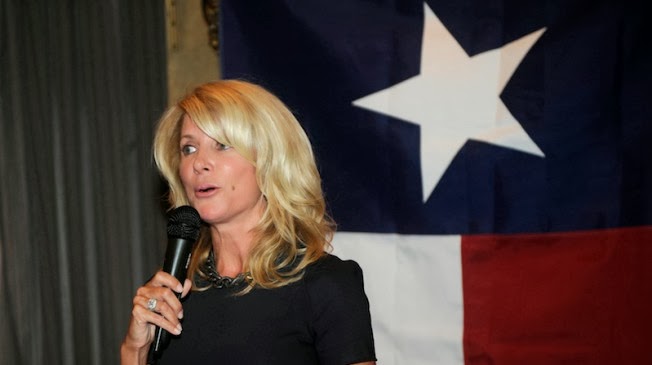 The campaign of Wendy Davis to be governor of Texas stepped on a rake for the first time this weekend. The Dallas Morning News ran a lengthy -- if occasionally weird -- account of Davis's life in which some of the details of the compelling biography that helped make her an overnight star were called into question.


All politics is local, and a misstep like this might cause some really big money donors to reconsider the bona fides of Wendy Davis, but this is Texas, and nobody is going to reconsider their vote based on the fact Wendy Davis got divorced at 21 instead of 19, or had help from her second husband getting through school.

That isn't exactly why she stood up in a very hostile Texas Senate and filibustered a very bad bill and got so much support and national attention and a legitimate shot at being the next Governor of Texas.

And yes, Eric son of Eric is outraged, and Dana Loesch is insulted and John Nolte predictably compares this to Bridgeghazi (because thanks to Wendy Davis' errors in her personal history ambulances couldn't run, or something).  Truth be told if I didn't do the math I'd probably misreport how old I was when I got married, or when my daughter was born, or when I got my law license, or got ordained, or....

Wendy Davis will win or lose based on how many people she inspires to vote, and how many people turn out simply to vote against her because this is Texas and Democrats are the spawn of Satan; or at least want to raise your taxes, take your guns away, and destroy your freedumb.

If some big donors now wonder, "Is Wendy is ready for prime time?", they should remember we re-elected Rick "Ooops" Perry twice, and he only failed at the third because he embarrassed us all on the national stage.  Wendy has made us proud; and that may be enough to carry her into the Governor's Mansion.

Nobody really cares when she got divorced.