Is there a child in our basement? 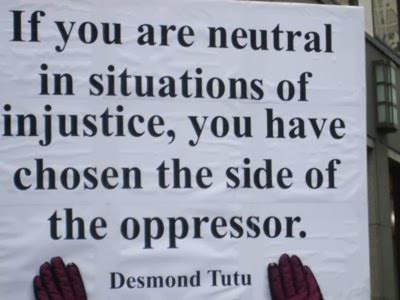 Question:  is West Virginia the child in the basement of our Omelas?

Meanwhile, in West Virginia, there are 300,000 people without useable water, and an unknown number who may fall ill because the warning to avoid the tainted supply came seven hours after the leak was discovered – and perhaps weeks after it happened. (Neighbors of the plant have told reporters they detected the chemical's odor in December.)


That's not from an American newspaper, by the way, but a British one.  It's Ana Marie Cox, but she's publishing in the Guardian.  She compares the disaster in West Virginia to the problem in New Jersey, "Bridgeghazi."  One affects the lives of thousands of people; one affects the political career of a BosWash area politician.

Which is more important?  As Jason Linkins asks:

And here is the inconvenient truth that lies waiting be discovered -- the vulnerable tributaries and the decimated mountaintops of West Virginia are a symbol-slash-scar that testifies, each and every day, to the sacrifice that West Virginians have made to provide a wealthier and more convenient life for the rest of the nation. We should ask: To whom do we owe a greater responsibility -- the temporarily delayed travelers of the George Washington Bridge, or the people who gutted their own state to provide us all with electricity and who can now never look at the water flowing from their own taps without a creeping sense of suspicion?


So I ask again:  is West Virginia the child in the basement of our Omelas?

John Boehner doesn't even care:  "We have enough regulations on the books. ... Why wasn't this plant inspected since 1991?"  Maybe because:

It was, apparently, no one’s job to regularly monitor Freedom Industries’ tanks along the Elk, even though state officials knew that hazardous chemicals were sitting near the West Virginia American Water intake. The West Virginia Department of Health and Human Resources produced its most recent “Source Water” report on the site in 2002; it includes no reference to either [4-methylcyclohexane methanol] or Freedom Industries. ... The state’s Department of Environmental Protection inspected the tanks in 1991, and found nothing amiss when, in 2010, it responded to a report of a licorice scent, or in 2012, when it updated its air-pollution oversight. The only permit issued by a state agency for the site governs stormwater runoff. Local officials have sometimes asked for new authority to plan for chemical spills, but those requests go nowhere in a state government that habitually defers to both coal and chemical companies.

And I have to note that information from the New Yorker is on their blog; not from their magazine.  You may recall, too, that as soon as word of this contamination reached the press, the Governor of West Virginia, and almost simultaneously Sen. Joe Manchin, rushed to microphones to reassure us this destruction of the water had nothing to do with the coal industry.

Of course it didn't.  Freedom Industries located on that river because of tax breaks and a favorable business environment they couldn't get in Taxachusetts or the liberal paradise of New York state or the western empire of Berkeleyfornia.  Because:

For nearly a century, Chemical Valley was home to the largest concentration of chemical plants in the United States, according to a 2004 history by Nathan Cantrell, published by the West Virginia Historical Society.


But it's got nothing to do with the coal industry.  Uh-uh; not at all.  Do you hear a noise from the basement?  Pay no attention!  Nothing to see here!  Move along!

I've always said the fictional citizens of Omelas were more humane than we are.  They may stay in Omelas; but at least they all know the child in the basement is why they are so comfortable and happy.

As Jason Linkins points out, the best facts about West Virginia and pollution is coming from National Geographic.  For the intellegentsia, if it doesn't come from the New York Times or the Washington Post, or involve a press conference, it doesn't exist.  Texas is more visible than Appalachia, Mississippi less of a blank spot in everyone's mental map than West Virginia.  Most of us couldn't find West Virginia on a map.  And besides, there'll be something new about Chris Christie on the talk shows this morning!