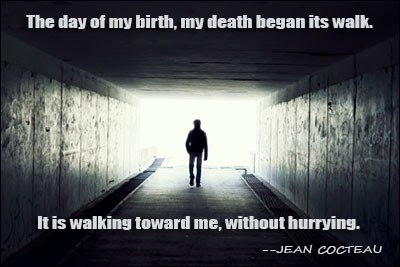 This raises interesting questions to which I do not have easy answers:

Jahi McMath is dead. The 13 year-old was declared brain dead on December 12, three days after a tonsillectomy and adenoidectomy to treat her sleep apnea resulted in “heavy bleeding, cardiac arrest and whole brain death.” The Alameda County coroner’s office issued a death certificate for her. And the New Beginnings Community Center says she “has been defined as a deceased person.” Yet there is no funeral planned for the girl, no memorials in her name. Instead, she has been moved to a facility where she receives “nutritional support, hormones and antibiotics to combat infections,” a place family attorney Christopher Dolan says she “going to be treated like the innocent little girl that she is, and not like a deceased body.” But while the recent battle over what to do with what remains of the once vibrant teen has for now been settled, the ethical questions over her case – and of what constitutes life and death – remain.

We can grant that, absent some compelling social burden,  “If the patient does not suffer, and private funding is available, people should have the right to make this decision for their loved ones."  But I'll grant that only from a purely legal point of view; i.e., perhaps society has no compelling interest in legally denying  “nutritional support, hormones and antibiotics to combat infections" to even what is, in reality, a corpse.  My reference to Poe in the title is not accidental.  There is a difference between a corpse and a sleeping body; the latter will be animate again; the former won't.  But even 'animate' is a matter of definition, here.

But is this ethical?  Ethical is always a social question, a matter for society at large.  Alone on a desert island, I have no need of ethics.  Add one more person, you have a "society," and how we treat each other is a matter of ethics.  So, as one doctor says:  “I think it’s disrespectful to the dead in a fundamental way, and it opens the floodgates for other people to say, ‘Oh, you don’t really know when we’re dead, do you? So please make more efforts for my loved ones.’”  Two issues arise:  the respect the living owe the dead; the ability of the living to acknowledge the reality of death; and at what point even money and the desire to fight on, can impinge on society, even in the form of doctors, nurses, and health care facilities and supplies.

There is a parallel, of a sort, in the current concern over vaccines.  The conflict there is presented as an individual right (to refuse medical care you think is dangerous, or more dangerous than the ill it prevents) v. society's concern with contagion.  I had thought we had settled that issue in favor of public health:  certainly no one complained around me when we went to the public school to take our polio vaccine on sugar cubes.  My parents made sure I had all the vaccinations modern science made available.  My daughter doesn't have to have a smallpox vaccination, in some part because I did.  Neither of us has ever worried about whooping cough, or tetanus, or diptheria.  I don't think she's even had a polio vaccination, because she doesn't really need one.

Was it ethical to require whole generations to be vaccinated?  It worked out well.  I'm not sure the controversy there isn't a matter of ignorance, especially of historical ignorance.  Thanks to antibiotics, we have a whole generation now grown old having never known the spread of infectious diseases that were once commonplace.  I knew many adults crippled by polio; my daughter barely knows one.

But where is the compelling social burden when death is disputed?  On an individual level, that burden doesn't seem to exist.  Death is not contagious, especially when death is defined as a lack of brain activity.But is it only a decision for the immediate family and their pocketbook and whoever is willing to take their money? “Society should show sympathy for mothers who want their children to be kept alive.”   Sympathy, perhaps; empathy, even; but support?  Should we support mothers who want their children to be kept alive despite the circumstances?  What happens when other mothers see that example, and expect other doctors, hospitals, insurance companies, even, to do the same?  What should society do then?

Mustn't there be a social definition of "death"?  We are familiar with the arguments that just because we are capable of doing something, it doesn't mean we should do it.  Often that argument is used against a new technology, or a new use for an old technology; or for some scientific expansion into an old area of human experience.  We used to define death as no longer being animate but, as Poe made much of in the mid-19th century, that didn't take into account the state we now call "coma."  The difference between a corpse and a sleeping person is that we can expect the latter to rise up, to be fully animate; but the latter will simply decompose.  Do we have to wait for that, to be sure?  We define death by brain activity now, largely to be able to harvest organs.  A long dead corpse is no good for organ donation; a body devoid of brain activity (or below an agreed threshold) is far better for harvesting (and can already raise uncomfortable questions about respecting the dead; because a body where the autonomic systems are still working is best for donation purposes, but such a body might also seem to be alive, since it is still, on some level, animate; much like the sleeping body).

It is only because of respirators and nasogastric tubes and other devices that we can keep the flesh of Jahi McMath from decomposing.  It is that fact that allows the denial of death.  But are we denying death, or denying reality?  And can we, as a society, allow that denial to take place?  It seems intrusive to insist the family cannot provide medical care to Jahi McMath at this point.  But it is even more dangerous to encourage the situation of Jahi McMath to become the norm.

What kind of respect do the living owe the dead?  And what do we owe the living?  The family of the deceased have their concerns; but so do the doctors and nurses and hospitals, and all of us who pay for them, one way or the other.  No man is an island; but what claims does even the clod that washes off the shore have on the main?

There is a metaphysical struggle here, too.  If I am not my body, if I inhabit this flesh like a ghost in a machine, is it easier to let me go?  If I am my body, am I no longer me when my brain ceases to function?  Ceases wholly to function, not just malfunction, as with an Alzheimer's patient; ceases altogether to show any activity at all.   “A beating heart, warm skin, and minimal, if any, signs of bodily decay — are a sort of mask that hides from plain sight the fact that the biological organism has ceased to function as such.”   We are, in a sense, doing this to ourselves; is it a cruel charade to not insist on that reality?  The mother of Jahi just hopes to see her daughter smile again.  I understand that desire; but it is a lost hope, a damaging dream.

Maybe the problem is not just with our technology, or our laws, or our ability to pay for things; maybe the problem is with our understanding of life, and of death.  I understand the shock of sudden, unexpected death.  I understand the sense of unreality, even of seeing the person who is dead alive again; or at least thinking you saw them.  This is not a new problem:  the shock and horror of death, the denial of its reality.  It's why the women were returning to the tomb in the Gospels.  Some say (and said then) it is why the disciples thought they saw Jesus alive again; because they could not accept the reality of death.  But we have made a special practice of denying death.  Churches no longer surround themselves with reminders of the witnesses and family who came before.  Funeral homes are far removed from our daily life so we can diminish the reminders of death.  Loved ones don't rest at home until burial, surrounded by those they loved; they are whisked away and our access to them controlled by strangers; and we want it that way.  We want to control death; we plan an "easy death;" we imagine that, when the time comes, we want no "heroic measures" and that the decision to let us go will be easier if we leave directives; but when the time comes, perhaps we change our minds.  Perhaps it isn't so easy.  Perhaps we don't want to let go, because we never really believed we'd have to.

“It’s God’s will. But we’re not going to play God, we’re not going to let Children’s Hospital play God and pull the plug. If her heart stops beating, and if it stops beating while she’s on the respirator, we can accept that. She’s done fighting, and she can go home,” [Jahi's uncle Omari] Sealey said.  But is it "playing God" to turn off a machine?  Or to turn on a machine?  "At least three neurologists confirmed that Jahi was unable to breathe on her own, had no blood flow to her brain and had no sign of electrical activity."   It is the machines that are keeping her heart beating, her lungs pumping.    There is a parallel to the old "iron lung" from the days of polio; without it, the patient dies.  But the distinction is, the polio victim still has an active brain.

No person, after all, is an island.