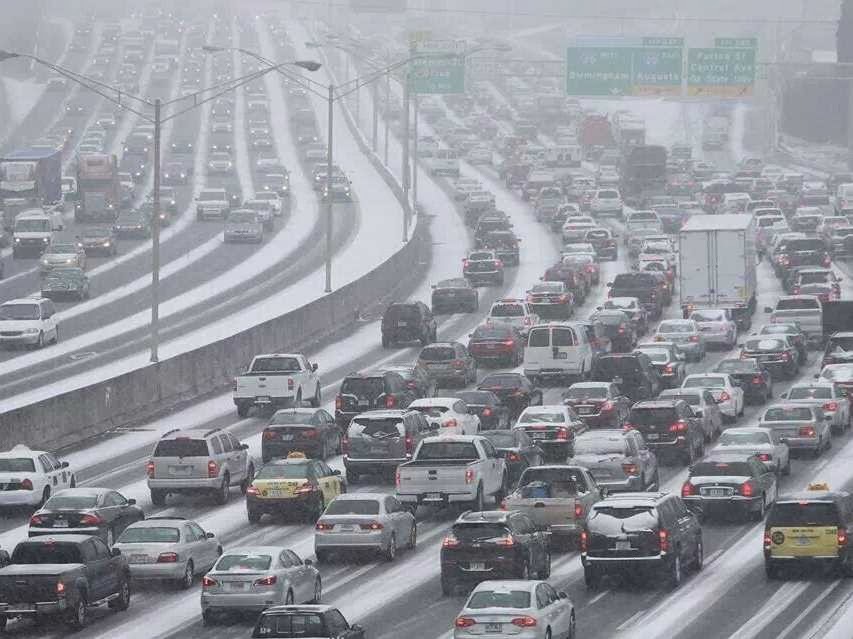 Like my father says, at least you don't have to shovel heat...

I spent a winter in Chicago; a mild winter, I was told.  I dunno; I was a  human popsicle the whole time.  But I had a church member (why I was in Chicago) who told me how he used to build an ice rink every winter in his backyard:  plastic underlay, boards on the sides, fill it with water (a 2 inch swimming pool, essentially), and let it freeze for the winter:  a constant source of recreation for months.  But he hadn't been able to build one for years, and he didn't that year, because it did not stay consistently below freezing all winter.

And, anecdotally, mind, but I kept track of weather in Chicago, I don't know that he could have done that since I left there, close to 15 years ago, now.

Lots of "record" temperatures coming now, which makes everyone think it's bad and gonna get worse, and everything has changed.  Maybe.  I knew an elderly woman (another church member) here in Houston, who grew up here, lived her life here, and remembered snow (admittedly, 1-2") as an annual event.  I've been in Houston about 15 years now; I think I've seen snow accumulation once.  Maybe.  I remember snow as a regular event of my childhood in Texas, a bit north of where I am now.  Then it ended, too.

I remember being in Texas the year the polar vortex (or maybe it wasn't; I don't remember hearing that term), or at least polar air, reached to the Gulf coast.  Got down to 1 degree, IIRC; an event not equaled yet.  And yet, again IIRC, that was still, overall, a mild winter.

So records are being set in Lubbock (7 degrees); but for the day, or for the records?  If that's a record record, I've seen colder in Texas, and Lubbock usually gets pretty cold for Texas.  But I'm left wondering:  is it getting colder?  Or more back to normal?  Or is it just really cold for a brief spell, which is what winter is, especially in the South?

Normal winter in the South may have included a lot more snow than Atlanta is used to.  Certainly, in my childhood of 40 years ago, Atlanta wasn't a major metropolitan area of 8000+ square miles, most of it (I imagine, like Houston) covered in concrete and asphalt.  Is Atlanta a victim of a new paradigm; or of bad city management?  Is it facing an unpredictable future?  Or suffering from a lack of memory?  This weather, in other words, may not be unusual; it may be Atlanta that's unusual.

Where I sit was farmland, in living memory of people still in this town.  The vestiges of it, the grain elevators within sight of my house, are still here.  Time was a hurricane walked across this land, and the farmers cleared the trees and branches and went back to work.  Now we lose power for almost three weeks, the entire metro area (10,000 square miles, and the least densely populated SMSA in the country; cars take up a lotta room!) is paralyzed and hurt by it, and it takes years to fully recover.  Poor planning?  Or just the cost of living in a major urban area?  Snow and ice would have been even less of a problem for horse-drawn wagons.

Were Houston to suffer the weather of Atlanta this winter (which still hasn't been a harsh winter, despite two rounds of ice storms within a week of each other), the best thing for the city to do would be to shut down before the storm got here, and wait for it to melt away.  When San Antonio got 14 inches of snow (must have been in the 80's, I could look it up but....), they had no snow plows:  everyone took a snow day until it was over.  Atlanta should have done the same, with maybe salt and ice on the interstates so traffic could get through town.  Did Atlanta leadership screw up?  Yeah, it's a hot mess over there right now.  But is this evidence of a paradigm shift?

I dunno.  Like I say, it got down to single digits in Texas, at least in the eastern portion of Texas, one year.  And yet it didn't snow (far too dry, despite the proximity to the coast) and it didn't last long.  And that's kinda the point:  in Chicago, it may be my friend can at last build his ice rink again.

As I write, it's 9F in Atlanta.  Even so, I don't think they're gonna be building backyard ice rinks any time soon.