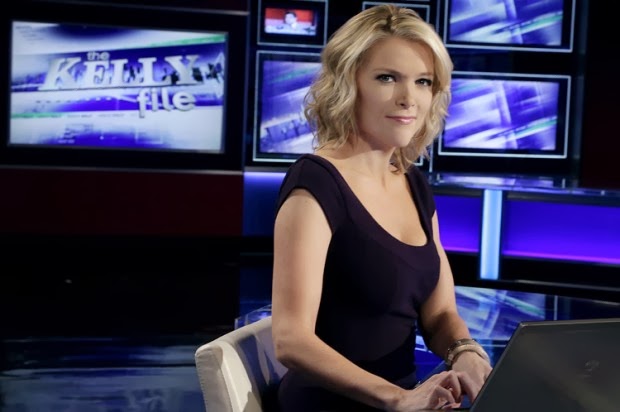 I'm thinking if I pile up enough of these, they'll reach a critical mass.

Anyway, I connect 'em when I read 'em, then I lose 'em again:

The granddaddy, or maybe the "mother" of them, is here:

Of course what Kelly said was dumb. But the reaction was even dumber. Every year, Fox News whips up some phantom “war on Christmas” plotted by what the network’s blowhard-in-chief Bill O’Reilly calls “secular progressives.” This seasonal stunt has long been old news, yet many in the liberal media still can’t resist the bait. You had to feel for the NBC News White House correspondent Kristen Welker, who was drafted into filing a Kelly-Santa story on the Today show for no ­discernible reason other than that she is not white.

When this supposed “national firestorm” (as Al Sharpton inflated it on his MSNBC show) finally died down, only two things had been accomplished beyond the waste of everyone’s time. Liberals had played right into Fox’s stereotype of them—as killjoy p.c. police. And Fox News could once again brag about its power to set an agenda for its adversaries even as it also played the woebegone ­victim. “Because they can’t defeat us on the media battlefield, the far left seeks to demonize Fox News as a right-wing propaganda machine and a racist enterprise,” said O’Reilly when sermonizing about the episode on his show. “That’s why Miss Megyn got headlines about a Santa Claus remark that was totally harmless.” Fox News is a right-wing propaganda machine and at times (if not this one) a racist enterprise (witness, among other examples, its fruitless effort to drum up a “New Black Panther Party” scandal over some 95 segments in the summer of 2010). But O’Reilly was half-right. Kelly’s inane remark was harmless and unworthy of headlines. Without the left’s overreaction, there wouldn’t have been any pseudo “national firestorm.”

And then two about Wendy Davis:  first, Todd Kincannon, whose claim to fame seems to be getting people to publish stories about his Twitter account (he hasn't been called out by Greta Van Susteren, but I doublt he's winning friends or influencing people to agree with him, either);  and then the comments of Greta Van Susteren in re:  Eric son of Erick:

"I don’t care how much you disagree or agree with Texas’ Wendy Davis, you have to agree that this guy, Erick Erickson, is a real jerk and is really lousy at being a spokesperson for his views," Van Susteren wrote on her blog "GretaWire."
...
"Sometimes if you are smart in your debate, you persuade someone who otherwise had disagreed with you. And then there are the creeps who take cheap shots because they are too ignorant and small to engage in an important discussion," she said. "No one should pay any attention to them – they are not persuasive, they are noise, and in some instances boorish and obnoxious."

Of course then she and TPM have to share Mr. Erickson's tweets with us; we could all be spared that.  But I wonder if we are beginning to enter a new realm in our national discourse, where we don't give anyone with a Twitter account or a microphone a national megaphone, and discuss in stentorian terms what "it all means".

Maybe it just means the speaker is a jerk and "No one should pay any attention to them."  As Frank Rich points out, maybe 1 million people watch FoxNews, which may make it a powerhouse among cable news outlets, but compared to the low rated CBS Evening News which still draws an audience of 8 million, FoxNews is a joke.

Matt Yglesias has some excellent advice about the execrable opinions of Tom Perkins:  stop listening to him.  Which leads me back, via Ms. Van Susteren (irony!) to Frank Rich's opening observation in his article on FoxNews:  why, instead of being outraged by its stupid memes like the "War on Christmas," not just realize "they are not persuasive, they are noise, and and in some instances boorish and obnoxious."

Because, seriously, they really don't shape public opinion.  And besides, their demographic is aging faster than the one for the Lawrence Welk show.

UPDATE:  And, to underline my point, Charlie Pierce passes the ammunition:

Kincannon has enlarged upon early Republican attacks on Davis, insinuating that because she supports a woman's right to choose, she must be a promiscuous, man-eating tramp. Calling her a "coke whore" and insinuating that she cheated on her then-husband, Kincannon wrote, at one point, "I don't care if folks attack Wendy Davis unfairly. I just want her attacked."


Leaving it to me to praise the Lord.