The treachery of the pursuit of happyness 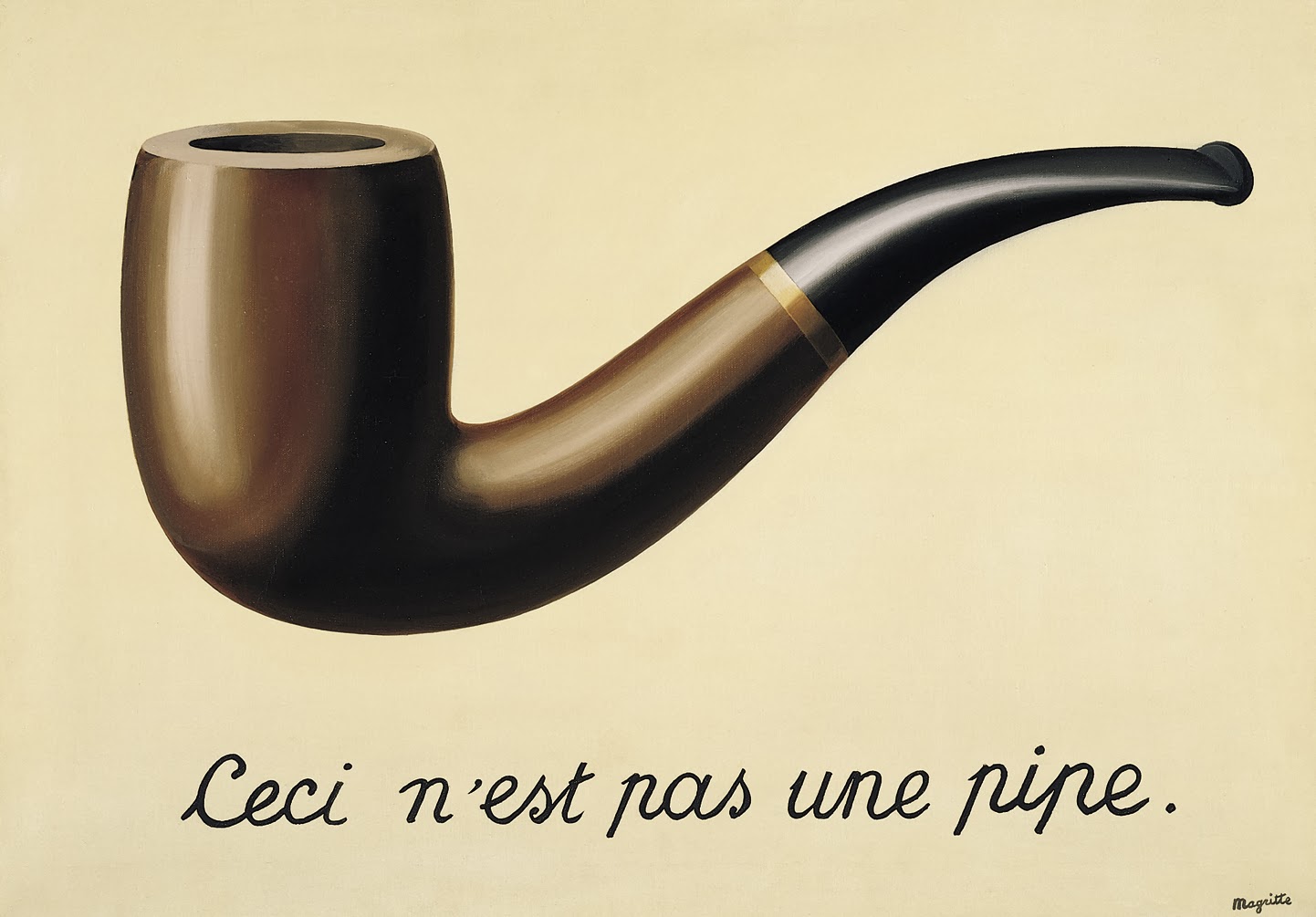 But is it art?

"The number one question facing anyone who wants to help improve the quality of public discourse is: how the hell do you get a look-in?"


Actually, I think it's:  how do you lead a horse to water AND make him think?  The sad truth is, you can't do both.

The critics pushing the oversimplification argument seem to believe that if only people weren't wasting their time on silly TED talks, they'd be reading books, taking evening classes, poring over scientific papers, or at the very least subscribing to the critic's uniquely brilliant blog.


But that doesn't change the fundamental point:  TED talks suck!  They're a glib excuse for feeling like you're suddenly knowledgeable and insightful and maybe even clever, without having to do any of the hard work of reading books, taking evening classes, poring over scientific (or academic, or philosophical, or theological!) papers, "or at the very least subscribing to the critic's uniquely brilliant blog" (and when ARE you people gonna subscribe to my uniquely brilliant blog?  Huh?).  They aren't much different from the college student who occasionally attends lectures, occasionally pays attention, but never reads the assigned materials, seldom does the assigned work, and then complains that the whole thing is boring because it didn't entertain him enough to get him involved.  Knowledge for the masses is not knowledge; it's just a confirmation of prejudices and commonly accepted ideas.  One interesting contrast between the two columns I've linked to here:  one is full of middlebrow "thinking," the other is a challenge to most of what you might accept as "conventional wisdom."  That doesn't weigh them out on the scales of "who's right/who's wrong."  But it does underscore the critic's point:  TED talks are "middlebrow megachurch infotainment."

I have as much use for them as I do for megachurches that assure their attendees Jesus is just alright with you, just the way you are at this moment; and only wants you to be happier than you are now, on into forever.  TED talks are all about as challenging as that kind of religious pap.

But I don't come here to denigrate TED talks (I'll put my cranky old man rants aside); I come here to praise some of the insights presented in the guise of a critique of TED talks, a critique that is actually a lament that we so much love lazy thinking.

On the subject of TED talks and their virtues, read some of the works of Michel Foucault.  When he was alive and infrequently lecturing in Paris, at the institute that paid him to think, write, and infrequently lecture (sort of like Princeton's Advance Research facility, except I don't think Princeton required Einstein and Godel to lecture), his lectures were crowded with people, most of whom taped the remarks for review later.  Foucault didn't dumb anything down for his audience.  He didn't reduce his thoughts to 18 minutes, or express much concern that what he was saying was too complex.  He spoke of power, existence, medieval history, and arcana, and let his audience keep up if they could.  And still they crowded the halls when he came to speak.

Well, that's France, you say; and probably that's it, more than anything.  But the contrast is revealing:  TED talks are an American version of that, I suppose; but even the American Chataqua has a better pedigree and promises more thinking among the speaking.

I write about entanglements of technology and culture, how technologies enable the making of certain worlds, and at the same time how culture structures how those technologies will evolve, this way or that. It's where philosophy and design intersect.


Benjamin Bratton says; and that could be academic bafflegab and jargon speak, or it could be some truly meaty stuff.  But his point is:  if you are going to take things seriously, take them seriously; don't just imagine you take them seriously because you watch an 18 minute TED talk instead of 18 minutes (between commercials) of a talk show, or a cable news program.  As Bratton boils it down:

The key rhetorical device for TED talks is a combination of epiphany and personal testimony (an "epiphimony" if you like ) through which the speaker shares a personal journey of insight and realisation, its triumphs and tribulations.

What is it that the TED audience hopes to get from this? A vicarious insight, a fleeting moment of wonder, an inkling that maybe it's all going to work out after all? A spiritual buzz?

I'm sorry but this fails to meet the challenges that we are supposedly here to confront. These are complicated and difficult and are not given to tidy just-so solutions. They don't care about anyone's experience of optimism. Given the stakes, making our best and brightest waste their time – and the audience's time – dancing like infomercial hosts is too high a price. It is cynical.

I won't quote the whole thing, though it's tempting  Bratton points out that technology is not really changing everything; not fundamentally.  We want, as he points out, everything to be new, so long as everything remains the same.  We go home to buildings based on "kitsch architecture copied from the 18th century," and it's worth pointing out here the technology which makes our houses "smarter" doesn't really change them fundamentally at all.  The fundamental change in architecture, actually in construction, was the "balloon frame" house, the kind you're probably sitting in right now.  But it was pointed out to me in college, 40 years ago, that such buildings consume too much wood and other materials, that we needed a new alternative just as the balloon frame had been the cheap alternative when it came along, well over a century ago.  The more things change, the more they remain the same; and that's the problem.

I connect this with a story I heard on NPR yesterday about how the next "revolution" equivalent to the invention of the steam engine is in machines that can "think" at least well enough to begin replacing human thought the way steam engines replaced animal (and human) muscle.  This change was presented as inevitable, as a natural force like a river carving the Grand Canyon or making the deltas of the American South.  It's no such thing, of course; yet we yield our power to affect it, and simply have to change ourselves and our society in order to accommodate it.  There is, it seems, nothing else we can do.  And I hear such things and think more and more of the dystopias of "Elysium" or "In Time," dystopias which, in the worlds of their stories, were equally inevitable and necessary and to which we simply must bend.  As the villain of "In Time" says, for a few to be immortal, many must die.

Is it time yet to say no one deserves to be immortal if even one person must die?  Are we yet ready to examine the terms of our Omelas?

I dare say I would not confront "the challenges that we are supposedly here to confront" the same way Mr. Bratton would, but I agree with him we aren't confronting them now.  Middlebrow thinkers assure me the future is inevitable and all I can do is adjust to it.  Oddly, the future that was inevitable when I was 5 years old never arrived, and the collapse of the middle class which was never supposed to happen (George Jetson was as bourgeois as could be imagined) is hastening apace because the future we have now has become the inevitable one.  Or, to put it as bluntly as Bratton does:

Phones, drones and genomes, that's what we do here in San Diego and La Jolla. In addition to the other insanely great things these technologies do, they are the basis of NSA spying, flying robots killing people, and the wholesale privatisation of biological life itself. That's also what we do.

The potential for these technologies are both wonderful and horrifying at the same time, and to make them serve good futures, design as "innovation" just isn't a strong enough idea by itself. We need to talk more about design as "immunisation," actively preventing certain potential "innovations" that we do not want from happening.

I would not limit the idea of "innovations" to new technologies or new designs for old technologies (the kind of thing Apple excels at, for example).  I would expand it to consider the very idea that technology itself is an unalloyed good which must be allowed to run free and reshape human society even as we adapt to it's demands and make technology the paramount goal of human existence.  The great concern of Romanticism was the impact of the Industrial Revolution, but they never engaged the fight so much as gave us an alternative to it (and in doing so invented the modern idea of humanity, a shift in perspective as profound as Augustine's invention of self-consciousness, albeit thoroughly in line with the saint's insights).   Then again, its from the Romantics that we get the idea that transformation, radical, revolutionary change in human existence, in what it means to be a human being, is not only possible but necessary.  Jefferson all but announced it (no Romantic, he, but still) when he declared the chief end of man to no longer be glorifying God and enjoying God forever, but "life, liberty, and the pursuit of happiness."

The question we have to ask our selves now is:  are we pursuing transformation, or is transformation pursuing us?  Are we still chasing down happiness, or being chased down by it?  Does the way we live merely need to be summarized and described in a TED talk?  Or do "we need to raise the level of general understanding to the level of complexity of the systems in which we are embedded and which are embedded in us. This is not about "personal stories of inspiration", it's about the difficult and uncertain work of demystification and reconceptualisation: the hard stuff that really changes how we think."