The natural gas pumped into your home has an aroma because of New London, Texas in 1937.

We learned the explosive power of fertilizer chemicals because of Texas City, Texas in 1946. 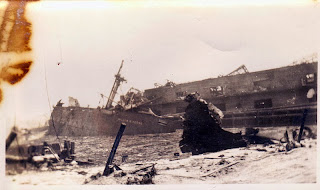 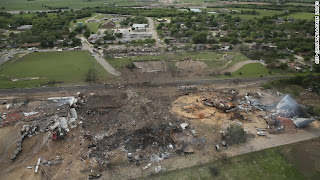 Now 2014 begins with the drinking water in West Virginia contaminated because a chemical plant went without any inspections for over 20 years. Some say the company will, or at least should, be held accountable, and if it goes out of business, so be it. That won't restore the sense of safety in the water coming into people's homes, though; or the fear that, until the order to stop using the water was issued, that people were poisoned or contaminated by the spilled chemicals.  It isn't even clear quite what all the chemicals were that were in that tank; like fracking materials, the chemical formulae are proprietary.

The problem here is not even lax regulation; it's the very idea of regulation.  Our system puts the burden of proof on the governments (state, local, federal) to prove industrial practices are dangerous.  It should be on the industry, to prove their practices are safe (they are not now required to do so).  Industries should satisfy the larger society that their practices are not dangerous; it should not be up to society to inspect industry facilities and prove them unsound.  Why is that important?

I don’t know enough about how the company operates to say it was predictable. But I will say that their response was so bad that I’m guessing that their routine maintenance and monitoring was just as bad. Their response was so poor that it indicates that they had very poor health and safety standard operating procedures.
One of the things that really disturbs me about this incident is that it was initially identified not by, you know, routine, regular monitoring by the facility itself, Freedom, for leaks and spills, but it was actually reported by the community. Which means that the levels were so high in the air that they were noxious. They were disturbing the community.

And then the second thing was the fact that the company did not alert the community, or the downstream water intake, when they found out. Or let them know what chemical it was.

So here you’ve got all these people being exposed to chemicals at levels that’s actually bothering them, noxious levels, and they’re not being told what they’re exposed to. That’s a problem also for providing medical care for first responders.


As of this writing the Governor of West Virginia seems preoccupied with two things:  making sure we all know this is not a spill related to the coal industry (it is, but he insists it isn't); and that the water will be safe to drink soon; but not just yet.

There is one difference between these four disasters, but that difference is crucial.  Children died in New London, Texas.  The first link above will direct you to a memorial web page for an event that occurred in 1937.  I spent a Saturday in New London when I was in junior high.  The town was saturated in history.  The ruins of the school were long gone, but there was a plaque memorializing it, and I remember indications of the accident all over town, wherever I went that day.  77 years later, they've moved their memorial on-line, and they have a museum (which may have been there when I was).  They won't forget, because almost 300 children died.

No one was in school in West, Texas.  Had they been, it would have been a disaster as memorable as New London.

Children didn't die in Texas City, either; not at the epicenter of the blast; not in huge numbers; not in a school.  Safer handling of chemicals took place because of one of the largest non-nuclear explosions in human history.  Nothing, of course, happened after West Fertilizer destroyed its facilities and half the town it was inside of.   But don't take my word for it:

Texas Attorney General Greg Abbott, speaking at West on the last day of August, told residents: “We get to define our lives by how we respond to the challenges we face.”

This is the state’s response at year’s end:

The Legislature, though it was in session when the plant blew up, did little beyond holding hearings.

Perry has been silent on specific changes in Texas’ laws or regulatory approach.

Texas has taken no measurable steps toward adopting a statewide fire code, which could have prevented the blast.

The state has not tightened rules for storing or securing ammonium nitrate, the chemical that exploded at West.

Does anyone expect anything different to happen in West Virginia?

Someone on Diane Rehm this morning said Freedom Industries may go out of business for polluting the water of West Virginia.  If they do, someone will take their place and continue operations as before.  If there isn't another inspection for 20+ years, and no new leaks until at least that long, it would still be considered a good business investment.  After all, as the head of the Texas Commission on Environmental Quality said after West, Texas was destroyed:

“There are hundreds of these facilities, and fortunately they don’t explode very often."

Not often enough to get too worked up about, anyway.  Besides, we put an odor in the natural gas, didn't we?