The Abdication of Responsibility 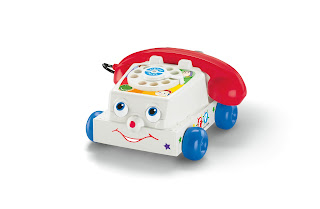 I grow weary of the arguments in favor of Edward Snowden's "freedom."

Considering the enormous value of the information he has revealed, and the abuses he has exposed, Mr. Snowden deserves better than a life of permanent exile, fear and flight. He may have committed a crime to do so, but he has done his country a great service. It is time for the United States to offer Mr. Snowden a plea bargain or some form of clemency that would allow him to return home, face at least substantially reduced punishment in light of his role as a whistle-blower, and have the hope of a life advocating for greater privacy and far stronger oversight of the runaway intelligence community.

"Mr. Snowden deserves better than a life of permanent exile, fear and flight."  Most people do; but you dance to the music, you pay the piper.  If he didn't want to be an international pariah, he should have chosen a different method for violating national security laws than grabbing whole libraries of information and disseminating it to as many people as he could, with "kill switches" meant to guarantee his continued existence.

"He may have committed a crime to do so, but he has done his country a great service."  Would you make the same argument if someone had assassinated George W. Bush? (Yes, Snowden's  crimes may be just as serious.)  And if he did commit such a service to his nation, let him come home and face a jury of his peers.  Jury nullification is still alive and well in this country.  It is rarely employed, but this might be the rare case in which it should be.  Let Mr. Snowden's lawyers argue that, and let him take the consequences.
But what's worse is that we get this kind of thing from Charlie Pierce, who really needs to go back to writing about sports, or something:

[Snowden] has given no indication that he believes he's done anything wrong -- or, at least, to brutalize some Shakespeare, he's indicated that he did a little wrong to do a great right.

And, of course, he should be given clemency because George H.W. Bush pardoned a guy who blew up a plane full of Cuban athletes.  Or something.

Nobody tell Charlie we didn't exactly try to assassinate Qaddafi, either, even after Lockerbie.  I'm sure that means we have to quit picking on Syria; or something.

There's a guy who killed his son because he thought his son was a demon.  He gives no indication he believes he did anything wrong, either; and he did a wrong to do a great right.  Should we give him clemency because, hell, he was nuts?

And while Mr. Pierce excoriates Ruth Marcus for disagreeing with him, I actually agree with her:


Your assessment might be different. My scale weighs against Snowden. He launched an important, overdue debate and reassessment of collection practices. Perhaps that would not have happened otherwise. The intelligence community is reaping the bitter rewards of its combined aversion to transparency and its addiction to employing available technology to maximum potential.

Yet the existing oversight, while flawed, is not as feckless as Snowden portrays it, and the degree of intrusion on Americans’ privacy, while troubling, is not nearly as menacing as he sees it. In the government’s massive database is information about who I called and who they called in turn. Perhaps the government shouldn’t have it; surely, there should be more controls over when they can search it. But my metadata almost certainly hasn’t been scrutinized; even if it has, the content of the calls remains off-limits.

The metadata exists, whether the NSA gets it on their hard drives or not.  Am I supposed to feel better because Verizon and AT&T have this data, rather than James Clapper?  Am I supposed to trust that Ma Bell won't peruse my metadata, but believe the NSA has thousands of elves doing just that to all 300 million of us?
Pull the other one, it's got bells on it.


“That whole question — who elected you? — inverts the model. They elected me. The overseers,” he said. “The system failed comprehensively, and each level of oversight, each level of responsibility that should have addressed this, abdicated their responsibility.”

You see, it's not his fault!  His bosses made him steal that information and run off to Hong Kong with it!

There's the best argument against clemency I can muster, right there.  Because he's an ass?  No; because he's not a Federal judge nor a member of the U.S. Congress, nor the President of the United States.  We have people in positions of authority and accountability for this very purpose.  If what the NSA is doing is illegal or unconstitutional, let the courts declare it so. If they are acting without any statutory authority whatsoever, let it be known.  But that they are doing what Edward Snowden doesn't like (and what he doesn't like doesn't exactly add up to reality), is not a basis, legal or moral, for him to be allowed to return to this country and face no consequences for his deeds.

And lest we forget, Mr. Snowden was not a government employee, but the employee of a private contractor.  Why the hell did he have access to this information in the first place?

Again, we've had this information of government spying before, without people running off to China and Russia after stealing what was a library (or two) worth of documents, and tossing it out willy-nilly all over the world.  Books were even published based on information that was undoubtedly classified.  The result was the FISA courts, but there were consequences (just not the best imaginable).  There were ways to do this that Mr. Snowden didn't contemplate.  He doesn't now get to declare a super-right to never face the judicial consequences of his actions.  Even the Rev. Dr. Martin Luther King, Jr. accepted that going to jail was needed to move the conscience of a nation.  Mr. Snowden just wants to scold young folks for carrying cell phones and posting on Facebook.  But he doesn't want to do it while enduring the Russian winter.

My heart bleeds for him.