When neither the facts nor the law are on your side, why did you go to court? 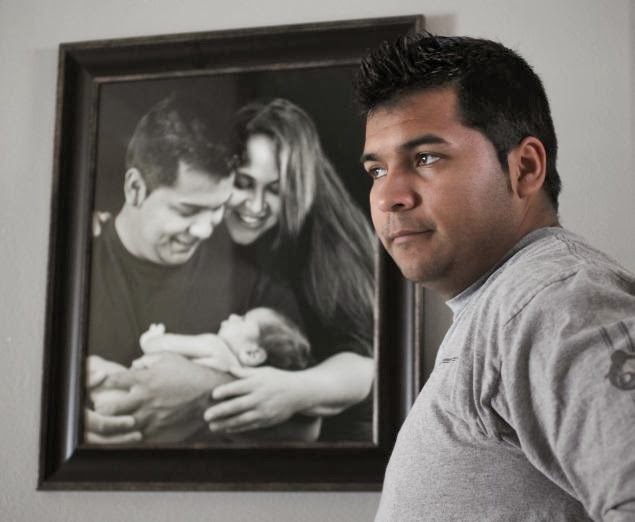 I don't mean to run this into the ground, but we finally have some indication as to how vigorously JPS Hospital defended its actions with regard to Marlise Munoz:

There was no testimony in the hearing, only arguments of counsel.

The hospital agreed that Marlise Munoz was dead.

The hearing lasted only one hour.

The lawyer for Mr. Munoz made the following arguments:

Janicek said while being under life support, Marlise Muñoz had suffered from a variety of infections, and that the fetus, now in its 22nd week, was not progressing normally.

“That’s not surprising because all of this is occurring in a dead body,” Janicek said. “Marlise Muñoz is dead. She has been dead for two months, and for the first time in two months, we ask that she be treated as a dead person.”

King said that despite the life support, Marlise Muñoz’s condition was similar to that of a corpse in rigor mortis.

When Erick Muñoz, a paramedic like his wife, “bends over to kiss her forehead he smells death, and he knows what death smells like,” King said.

“No one in this room would want to put their child in an incubator that didn’t work very well,” King said, adding that the hospital was using “a dead person as a dysfunctional incubator.”

Which is some factual information we didn't have earlier, regarding the condition of Ms. Munoz' body; and an argument I find myself agreeing with:  using "a dead person as a dysfunctional incubator."

How firmly the hospital's counsel tried to counter that, I don't know.  He did make this argument:  "I don’t want to minimize that, [Erick Muñoz’s pain] but what he has to do now is wait.”   Which, if you're going to insist on a contested hearing, as the hospital obviously did, even after conceding the primary facts of the case, is the only argument you have.

As the judge said, he had nothing left to do but rule:

“This is a tragic and very difficult case,” Wallace told a packed courtroom in Fort Worth. “I’m as prepared to make a ruling as I will ever be.”


That indicates to me, from my experience, that there was no real controversy in the case, that there was no vexed question of law or fact to consider, no issue to resolve except whether or not to keep providing medical care to a corpse.  The ruling of the court was obvious from the moment the hearing started.  Having the matter brought to court, the hospital could have easily entered an agreed order for the court to sign without need of a hearing.  The mystery here is:  why did they bother with further delays?   The hospital may yet appeal the ruling before the 5:00 p.m. deadline of Monday afternoon; but I don't expect it.  Greg Abbott and Rick Perry mouthed empty words of concern; at least they sound that way to me; but they don't want to get involved in this situation, even to make more specific comments on it.

And I still can't see what legal liability the hospital faced, unless the Tarrant County District Attorney was going to bring a murder charge against JPS on behalf of a non-viable, malformed fetus gestating inside a dead body.  And I can't imagine trying to sell that to a jury as a criminal offense.

In the end, there is still a mystery: what was this fight about?  Why did the hospital do this?  And what pregnant woman wants to be treated there in the future, knowing there's a risk, however slight, that they could be the next Marlise Munoz?

*Adding:  if you read somewhere that brain dead patients can be kept on life support and deliver viable fetuses, keep this in mind:

In our search of the literature, we found 30 cases reported between 1982 and 2010. A nontraumatic brain injury was the cause of BD in 26 of 30 mothers. The maternal mean age at the time of BD was 26.5 years. The mean gestational age at the time of BD and the mean gestational age at delivery were 22 and 29.5 weeks, respectively. Twelve viable infants were born and survived the neonatal period.


Marlise Munoz was 14 weeks pregnant when she collapsed in her home.