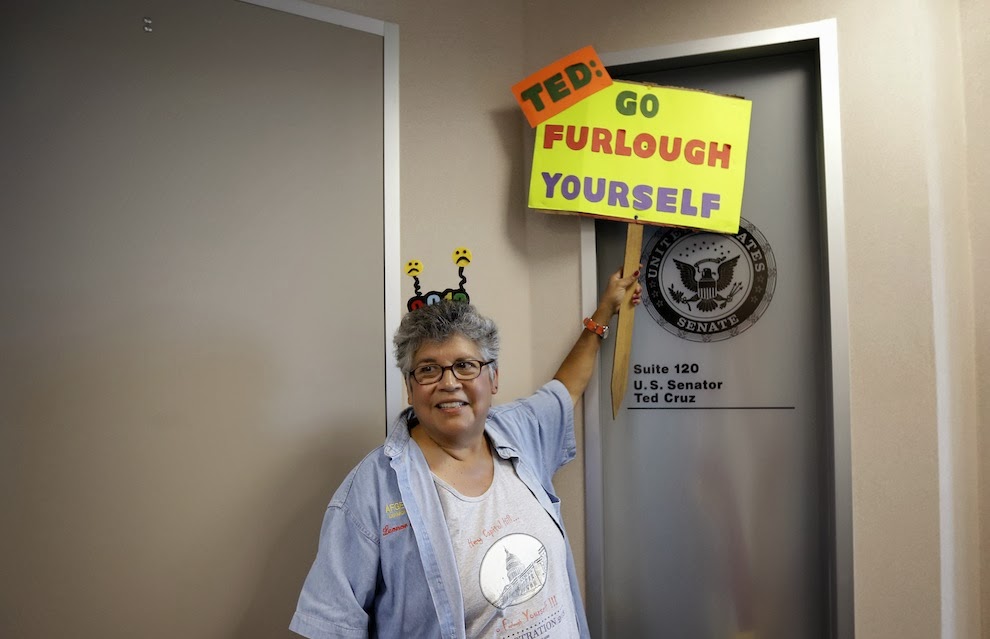 I could resist this, but I won't:

Ted Cruz loved the government shutdown:  until he hated it.

House Republicans give one person the most credit for bringing Congress to its current standoff over funding for the federal government: Ted Cruz.

With the clock ticking toward the first government shutdown in 17 years, many lawmakers said they never would have been here had it not been for the junior senator from Texas.

"I think he's played a lot of role in where we are right now," Rep. Tom Cole (R-Okla.) said as he left a closed-door meeting of the House Republican conference on Saturday afternoon.
...
"I think Ted Cruz did a huge service to the nation and to the cause of Republicanism," Rep. John Culberson (R-Texas) told The Huffington Post.

"[He played] an excellent role," said Rep. Michele Bachmann (R-Minn.). "I think what he's done is strengthened our hand. He's made the case that we need to act and act decisively, and so I think we have a lot to credit him for."

"He's been the rallying flag that has pulled Republicans around conservatives," Fleming said. "Just the mere fact that he's out there talking, that he's had petitions going, that he did a 21-hour [speech] that was highlighted in the media … all of these things are building energy among Republicans and conservatives who are unified in the fact that we oppose Obamacare."

Sen. Ted Cruz (R-Texas), the man who led the charge on the 16-day government shutdown by tying government funding provisions to defunding the Affordable Care Act, told ABC News he "would do anything" to stop Obamacare -- including another government shutdown.


In the same article, Mitch McConnell is quoted: “Certainly, it has not been good for the party to be associated with the government shutdown."  Cruz didn't get the memo:

Texas Sen. Ted Cruz told conservative activists in a speech Thursday that his vigorous attempts to derail Obamacare — including leading the effort to shut down the government — were being vindicated in the wake of the health reform plan’s botched roll-out. He also offered encouragement to a group that faced fierce criticism following the shooting death of Trayvon Martin.

“Boy, it’s amazing how things can change in a few weeks in Congress,” Cruz, a potential 2016 Republican presidential hopeful, said at a summit hosted by the conservative American Legislative Exchange Council. “Just a few weeks ago, people in Washington were saying, ‘Why on earth are you fighting so hard against Obamacare?’ Now, nobody’s saying that. Over and over again you run into people who say, ‘Now I understand what this is all about.’”

That was December 5, 2013; but yesterday Cruz apparently finally checked his in-box


Good thing he doesn't care what people think, he just wants to do what's right.  As he told the conservative activists in December:  "If you look at my brief and very quiet tenure in the Senate, on issue after issue, the American people rising up made a difference."

Sure made a difference in Ted Cruz's interpretation of recent history.  (I think his eyes are brown, too.)
Posted by Rmj at 10:40 AM