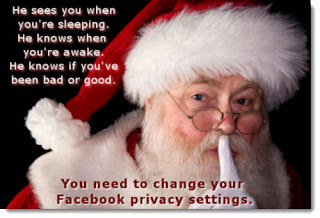 That film came out in 1967.  In 1979 the Supreme Court ruled in Smith v. Maryland that the data collected by the phone company was theirs, not the customers, and the customer had no legitimate expectation of privacy in data he/she didn't control and which, basically, was accepted as the cost of having telephonic communications.

Which means Snowden's concern about cell phones in our pockets telling someone somewhere exactly where we are at any given moment, is not exactly a new concern, and not exactly a risk we take without understanding it (or at least being capable of being aware of it).  If you think that information violates your privacy, cancel your cell phone.  Go ahead, I'll wait while you do it.

I've said before this is a curious argument because the fact is, someone somewhere has this information. (I've also pointed out that Mr. Snowden's credibility in these matters is still an unresolved issue. As Lawrence O'Donnell points out, the claim that goverments are "watching everything we do" is patently false.*  And it ain't exactly secret, not in London where (even in Harry Potter movies!) cameras publicly record public movement.)  Frankly, I'd rather it be controlled exclusively by the government than the corporations.  I ostensibly have more effect on governments than I do on AT&T, T-Mobile, Verizon, etc.  But that small bit of history also supports the point Joy Reid makes:  we know this has been going on for a long time.  In fact, we've known it longer than we did when she found out about it, and it set her hair on fire.  Funny thing is, as she goes on to note:  nobody else got that upset about it.

Snowden also claims young people will grow up without knowing privacy, because every moment of their lives will be recorded.  Funny thing, the kids seem to be the ones doing the recording.  If there's a loss of privacy, it seems to be self-inflicted via modern technology.  Is Snowden warning us against government?  Or against ourselves?

So is Snowden's biggest revelation, then, what we don't know what power is, and we don't care?  Well, maybe; as Ames points out, the last revelation of NSA spying led to the FISA courts.

Ames goes on to chronicle just what Ms. Reid said:  we have a rather complete history of spying revelations.  Snowden is not the first to confirm that Fort Meade actually exists and actually tracks our communications; and this isn't the first time the general public reaction has been a shrug.

We don't even note the number of highway deaths over the holidays anymore.  It's not that people stopped dying on the roadways; we just got tired of hearing about it.

Ames blames power politics; but what does he think convinced the railroads to extend lines across the continent?  The invisible hand of the free market?  Now he worries:

Meanwhile, the really important power-politics are taking place right in front of us, but we don’t seem to give a damn. For example, what the hell were those tech heads from Apple, Google, Facebook, and other tech giants doing in the White House the day before Obama’s NSA report was released?

No one seemed to think anything was weird about that picture, the picture of corporate power nakedly dictating to a democratically elected President on the eve of a report that directly concerns those tech titans’ bottom lines. We were too busy cheering on Twitter when Mark Pincus — the social gaming guy who once admitted, “I did every horrible thing in the book just to get revenues” — ineffectually sass-mouthed the President over pardoning Edward Snowden.

And I agree with him, but still there is the question:  what price do we pay?  The Texas Constitution was written specifically to curtail the power of bankers and railroad companies in 19th century America.  That didn't last 60 years, and now even the famed homestead exemption can be pierced to allow you to get the "equity" in your home, precisely the problem with bankers that the Texas Constitution wanted to end.  We like our luxuries, in other words.  We like our conveniences.  We like thinking we have the power, when we have ceded it all away.

Snowden's revelation?  There isn't one.  We've never known what power is, and we've never cared.  Not so absolutely as to protect anything as absolutely as privacy advocates like Glenn Greenwald think we should protect privacy.

Well, except for money.  We've always been clear the power resides with the money, and we've always cared that that remains true.

*Unless the government is Santa Claus, in which case we may be able to settle the question of his skin color!