Things I Honestly Do Not Understand 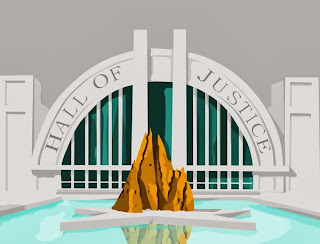 What are we doing here, again?

NPR tells me this morning the Little Sisters of the Poor are self-insured, that their insurance policy is provided by the church, and that, as such, it is exempt from the contraception provision requirements of the ACA.

In many cases, lower courts have granted religious charities temporary relief from the birth-control mandate while their cases are being heard. But this week, an appeals court in Colorado opted not to give that kind of break to the Little Sisters of the Poor. That's because their insurance provider is a self-insured church plan, exempt from government regulation.

In other words, Greenberger says, neither the nuns nor their insurance carrier will actually have to provide any birth control. "In truth, Little Sisters, because it is part of a church plan, is going to end up, no matter what, without its employees having contraceptive coverage."

So why are they in court?

I mean, simply as a matter of law; if they've suffered no injury, they shouldn't be in the courtroom.

There must be something I'm missing here....

Update:  NTodd enlightens me:  what I am missing is the willingness of the Court to dismiss this case for a lack of a justiciable issue.  Maybe Justice Sotomayor will read the Government's brief carefully:

Applicants have no legal basis to challenge the self- certification requirement or to complain that it involves them in the process of providing contraceptive coverage. As both of the lower courts recognized, this case involves a church plan that is exempt from regulation under [ERISA]...Employer-applicants’ third-party administrator therefore will be under no legal obligation to provide the coverage after applicants certify that they object to providing it.

In other words, once the Little Sisters of the Poor sign off on their objection to the plan providing contraceptive coverage, they're done.  They don't even have to make someone else sin.  No, seriously; that's the legal argument.  Justice Scalia would roll his eyes at this point.:

Conscientious scruples have not, in the course of the long struggle for religious toleration, relieved the individual from obedience to a general law not aimed at the promotion or restriction of religious beliefs. The mere possession of religious convictions which contradict the relevant concerns of a political society does not relieve the citizen from the discharge of political responsibilities.

If I were on the bench, I'd tell the Becket Fund to suck on it.  Further, this is why I can't withhold my taxes because I believe war is sinful:

If, for example, a religious adherent believes war is a sin, and if a certain percentage of the federal budget can be identified as devoted to war-related activities, such individuals would have a similarly valid claim to be exempt from paying that percentage of the income tax. The tax system could not function if denominations were allowed to challenge the tax system because tax payments were spent in a manner that violates their religious belief.

So if my money goes to fund sin, why can't I refuse to pay income tax?  For the same reason the Little Sisters can't refuse to sign the form to comply with a law that already exempts them from the provision they object to.

In the words of Will Ferrell, I feel like I'm taking crazy pills! 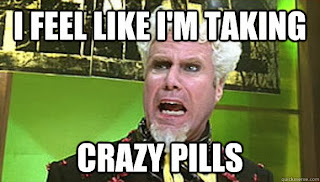