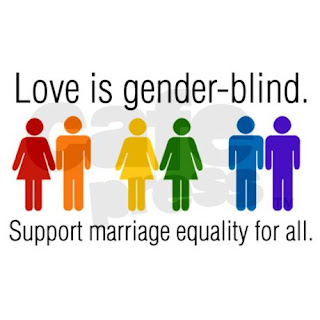 I think we used to call this a "Freudian slip":

"Is there something about the left — and I am going to put the media in this category — that is obsessed with sex?" [Texas Sen. Ted] Cruz responded.

Alito and Roberts were concerned with being called bigots; but their animus to gay marriage was actually fairly clear:  marriage means sex, and gay sex is icky!

Is allowing people to marry somehow condoning their sex lives?  I mean, I know I grew up with that paradigm, and I understand it still prevails in the culture, despite the fact marriage is hardly a gateway to sexual intercourse anymore.  It's more of a entry to presumed monogamy, in practice, than it is to finally "gettin' it on!"

Have any of the discussions of the Supreme Court decision, before or after it was handed down (it was awaited with breathless anticipation) mentioned sex?  Has there been any speculation about how many couples will now have sex inside a legally authorized relationship?  All I recall was the discussion of next of kin, survivor rights, spousal rights; you know, legal stuff about property interests.  On a personal note I knew a lesbian couple who couldn't marry.  Had one of them not died of cancer, I should hope they'd have been at the courthouse getting a marriage license over the weekend.  They had to jump through many hoops to arrange their legal affairs, especially with one partner dying, and even then they couldn't get everything that comes automatically to a married couple.

But the question of sex was not the overriding question of their legal status as two persons who loved each other but could not marry.

So who is it who's obsessed with sex?