Summer time, and a young man's fancy turns to martyrdom 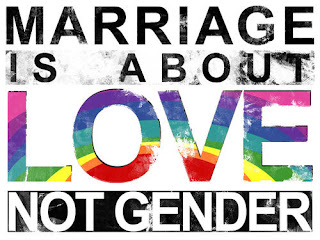 Which is understandable if you're stuck in Texas for the summer.  But this I don't get:

Dr. Rick Scarborough, a prominent Baptist pastor and president of the activist group Vision America tells News Radio 1200 WOAI it is a matter of whether to follow God's law or the politicians law, and he'll go with God.

"However the law is changed, I will do what I have always done," he said. "I will continue to preach that homosexuality is a sinful life style."

Scarborough says some 40,000 pastors and church leaders have signed a petition at www.defendmarriage.org. He says those who signed the petition will 'resist all government efforts to require them to accept gay marriage, and they will accept any fine and jail time to protect their religious freedom and the freedom of others.'


I have no idea what Dr. Scarborough imagines is going to happen, but organizing people to march in the streets in protest against same sex marriages doesn't really have the same appeal as the civil rights marches of Dr. King.  And I don't make that comparison myself:

"Dr. King, in the Birmingham Jail, said Christians have a 'duty to obey and respect God's law," Scarborough said, pointing out that King was willing to go to jail for his opposition to something he found evil...segregation, and he is willing to do the same.

Dr. King went to jail because laws against protest put him there.  Dr. King's letter from jail was about the gross injustice of American history.  I'm not sure what gross injustice of American history will be visited upon Dr. Scarbrough and people who believe as he does if same-sex marriages are allowed under law, but I'm sure he'll think of a way.  Probably from the comfort of his home, though.

Other evangelical Christians are also talking about what has come to be known as the 'Benedict Option,' after St. Benedict, who recommended that Christians retreat into monastical orders to maintain their faith as the Western Roman Empire fell to paganism in the late 5th Century.

The 'Benedict Option' has evangelical Christians forming into insular communities, much like Hasidic Jews in New York or the Amish in Pennsylvania, where the communities can respect, as much as possible, the religious teachings that the find important, including opposition to gay marriage.

Don't let the doorknob hit ya.....well, that's unkind.  I'm still trying to figure out what "government efforts" will be made to make them "accept gay marriage."  Loving v. Virginia said the states could not criminalize mixed race marriages, or ban them at all, and yet no pastor has ever gone to jail for refusing to sanctify a mixed-race marriage, or a mixed-religion marriage, for that matter.  The First Amendment protects both speech and religion, so Dr. Scarbrough is free to denounce same-sex marriage as loudly and longly as he wishes; he is also free to refuse to every officiate at such a wedding.

He's even free to keep trying to drive those nails into his palms, though self-crucifixion is hard.

“Presidents have understood that the Supreme Court cannot make a law, they cannot make it, the legislature has to make it, the executive branch has to sign it and enforce it,” Huckabee told Fox News’ Chris Wallace. “And the notion that the Supreme Court comes up with the ruling and that automatically subjects the two other branches to following it defies everything there is about the three equal branches of government.”


Sorry, Governor, but nobody is going to force a Constitutional crisis over this issue, especially since they have ruled on marriage laws before (Loving v. Virginia, for one).  You can ignore the ruling if you want to, but the rest of the country is not going to.

In fact, Loving is really instructive here, because there's a whole series of yahoos, including Ben Carson, Judge Roy Moore, Tom DeLay, and Texas state representative Cecil Bell, who think the Supreme Court has no business messing around with state marriage laws.  We should ask each of them if they think states should once again criminalize, or at least ban, mixed-race marriages.  And I'm still unclear what defiance will mean in this context:  Tom DeLay won't divorce his wife and marry a man?

Oddly, none of these people holds a position in government where they have to issue a marriage license or sanction a same-sex wedding.  So who do they think they're defying, and how do they expect to do it?
Posted by Rmj at 11:45 AM