Duggary, or, Let us now consider what should NOT be out of bounds 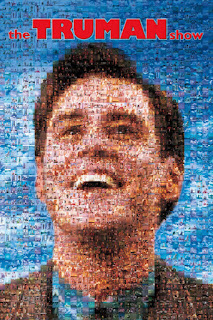 You know, the creepy thing about the premise of "The Truman Show" is that a child (Jim Carrey) was raised solely for the monetary benefit of another (the company producing and broadcasting the TV show of Truman's life).

And I'm trying now to figure out how that differs from the case of the Duggar family.

The distinction is that they are raising their children for the sake of their religion; but does anyone doubt Michelle Duggar keeps getting pregnant because it keeps them on TLC?  Or that they gave an interview to Fox News in order to salvage their TV contract?

They are accused by their critics of trying to raise their children in a bubble; but that bubble does not protect them from laws meant to protect children (who are not assets of their parents), and that "bubble" does not exclude the fact the Duggars make a living from raising their family for TV cameras.  Would the Duggars have any political sway at all, any notoriety and the power that comes with fame, even just within the state of Arkansas, if not for their TV show?

And now they proclaim themselves the victims of their son's "curiosity"?  And they insist Jesus has forgiven Josh, so all is well, nothing to see here, let's get those TV cameras back?

Can anyone seriously argue Michelle and Jim Bob Duggar are not raising their children for the sake of the money they can wring from TLC?

"The Truman Show" was fiction, and the purpose of it was to highlight our strange relationship to reality and reality as presented on television.  Harlan Ellison pointed out years ago that people didn't think reality was real unless they saw it on TV.

Well, now the question is:  which reality is real?  The one the Duggars want to get back to on TLC?  Or the one they say is victimizing them now?

And which reality should society insist on?