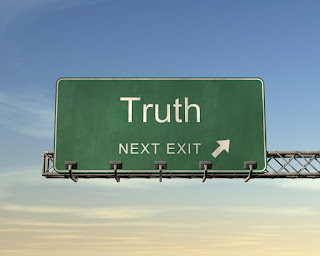 This is the problem with the thinking of David Brooks on Laudate Si:

Where Francis denounced ‘an efficiency-driven paradigm of technocracy,’ Wuerl talked about his gentle ‘invitation to everyone to join him in conversation.’ Where Francis demanded a a swift reduction in carbon emissions, Wuerl talked about the beginning of a long process of absorbing what he had to say. ‘He is not saying to individuals, you must do this,’ said the cardinal. ‘That doesn’t appear in the document. He is saying, here is the moral frame of reference.’

The "moral frame of reference" means the boundaries of the discussion, not the starting point of action.  Words without action are, of course, mere words.

What good is it, my friends, for someone to say he has faith when his actions do nothing to show it?  Can that faith save him?  Supposes a fellow-Christian, whether man or woman, is in rags with not enough food for the day, and one of you says, "Goodbye, keep warm, and have a good meal," but does nothing to supply their bodily needs, what good is that?  So with faith; it does not lead to action, it is by itself a lifeless thing.  James 2:14-17 (REB)


But the purpose of inaction is to remain in control, to remain wedded to power:

The real concern, says [Jon] O’Brien [head of Catholics for Choice], is that both politicial parties take the bishops seriously when they complain about religious discrimination and bend over backwards to offer exemptions that are eroding the seperation of church and state.

“The bishops are manufacturing their own truth so they can sell it to the political establishment,” he said. The bigger question in the long run is whose truth will win out: the pope’s or the bishops?


Which is the other side of entanglement of religion and politics:  whose God is served, and how? Political power recognizes the power of the people behind it.  But as O'Brien says:

“It’s more to be pitied than to be laughed at, it’s not as if they actually have this legion of Catholics behind them,” he said. “Catholics don’t want the persecution of gay teachers at Catholic schools or women who are victims of sex trafficking to be denied emergency contraception.”

Who, then, decides that God says so, if not the people?  If nobody goes into the wilderness to listen to John the Baptist, does John still speak for God?  But if John tells everybody what they want to hear, does John still speak for God?  "Why did you go into the wilderness?  To see a reed bending in the wind?"  The wind (pneuma) of God?  Or the wind (pneuma) of John's voice? Which is it?  And who decides?  The group?  Or only one person?

Or rather, in this case:  which group?

On the other hand, it's being noticed that American Catholics aren't flocking to follow the teachings of Pope Francis on this issue.  This, Patricia Miller argues, will be the point where conservative Catholics get their own Humanae Vitae that, like liberal Catholics, they will ignore.  However, Pope Francis' encyclical is in line with Catholic teachings, not an abrupt departure from them.  If Catholics stopped listening to the Pope, they stopped listening a long time ago.

There was never a time when Catholics were monolithic in their thought about church teachings, anymore than Christians have ever been monolithic about their Christianity.  "Catholic" means, not a church, but "universal," and it has embraced many teachings on Christianity, from the Jesuits to the Franciscans (traditionally antagonists, though no one seems to notice the Jesuit priest taking on the Franciscan name as being of any real significance).  There have been disagreements about the teachings since Peter and Paul; even the four gospels represent four distinct points of view.  And Pilate's question remains, a question, interestingly, put in John's gospel, the gospel most aware of the problem of perception and ambiguity, of understanding and misunderstanding: