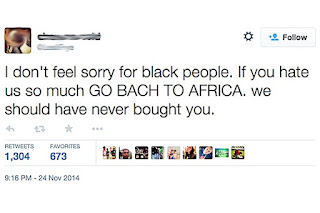 The hard conversations are not just about who gets to be called a “terrorist,” or about racism in America. It’s also about the way in which accept and institutionalize violence as part of an Enlightenment story that both liberals and conservatives look to in defining their vision of the nation.

A very hard conversation, indeed, because every comment responding to this essay distinguishes between Enlightenment ideas (good, universally and wholly good for all) and their implementation (bad, because, you know, people).  The Big Idea cannot fail, it can only be failed.  Or, in other words:

The Idea must be served, kept sacrosanct, remain heilige, unscathed, pure.  It is people who fail the Idea, not the Idea that fails people.  For example:

Just as important, the Enlightenment and Reformation were about moving authority away from the Church to the nation-state. One of the defining aspects of a nation is determining who belongs to it. Anti-Semitism, for example, which has continued to exist since the Enlightenment, is no longer based on theology, but on the notion of the foreign invader threatening the nation. Some aspects of the Enlightenment, in other words, certainly didn’t stand in the way of the Holocaust.

Luther's famous anti-semitism was part and parcel of his theology.  It was as much a part of his thinking as his love of beer.  But the rest of us didn't universally recognize the horror of his anti-Jewish pronouncements until after the Holocaust taught us what logical conclusions people could take ideas to.  Were the people to blame for the Holocaust, or the ideas?  Or both?  And now we shift our ideas from being anti-Jewish to being anti-Palestinian.  When the Pope urges recognition of Palestinian sovereignty, is he being anti-semitic?  Or is he favoring Enlightenment ideas of equality?

The difficult conversation we need to be having concerns our true ideals. We can keep declaring that it’s about the Enlightenment, but what part of that do we actually manifest? Our domestic and foreign policy have always been aligned around the issue of conformity and maintaining privilege. We cannot see the two as separate. As long as we have official policies that see parts of our population as less than civilized, thus less than citizens, and thus less than human, we will always see the world outside our borders in the same way.


Which is the crux of the issue.  Ideas are one thing; their manifestation quite another.  Equal justice, equal treatment, equal care and concern; these are touted as Enlightenment ideals.

But if they exist only on our lips....?  Do we just blame somebody else for failing them, and continue to worship the ideas as if that makes us pure?

Our ideas mean nothing if we don't engage them.  And they mean even less if we treat them as conveniences that leave us to live as we please, but feeling comforted that at least our ideas are good, our intentions noble and pure.

Ideas don't matter.  Things don't matter.  People matter.  Ideas of equality include ideas about race.  Race itself is an idea.  It is not people; it is our idea about people.  It was a challenge for me, in seminary, to look at my ideas about race, and realize my own unexamined ideas were racist.  Not knuckle-dragging white supremacist racist, but racist nonetheless.  My ideas mattered more to me than people.  We all have prejudices and preferences we'd rather live by than eliminate.  And we all find it easier to see those ideas should be eliminated from the Bill O'Reilly's who insist the problem is with someone else.  But we're all Bill O'Reilly; and at the same time, we're all everyone else.