The Angels of our Better Nature are Weeping 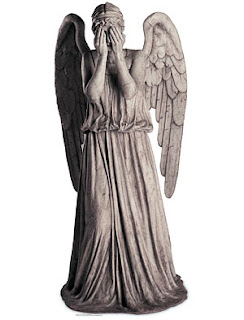 A staggering 59.5 million people were forcibly displaced around the world in 2014, according to the latest report from the U.N. High Commissioner for Refugees, setting a record. That’s 8.3 million more than last year, for the largest one-year jump since the UNHCR began recording. This means that one out of every 122 people in the world is displaced. If that population were a country, would be the 24th-largest in the world. That number includes refugees, internally displaced people, and those seeking asylum.


But, you know, that's okay, because the angels of our better nature have prevailed, and violence is down worldwide from what it once was, according to linguist Stephen Pinker.

Teaching at Harvard and being a scientist (of language) means he's right.  Or something.  Anyway, I'm sure there's a way this statistic means things are just getting better and better in this best of all possible worlds.

Jon Stewart is figuring out satire won't change the world.  Voltaire could have told him that a few centuries ago.