Finding the religious connection to almost anything..... 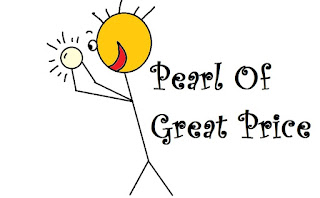 A trader sold all his merchandise to buy a single pearl

(But how is the Kingdom of God like that?)

Here's the thing about this story:

The law Abbott signed calls for the creation of an electronic payments system that will allow gold, silver, platinum, palladium, and rhodium depositors to write checks against their accounts, making the depository into a bank – one that will create a metal-backed money supply intended to challenge the paper currency issued by the Federal Reserve - or "Yankee dollars" as one of the law's top supporters calls them.


How is that going to work, exactly?  The depository will either have to issue its own currency (a la Bitcoin), or it will have to loan money (cash) to the bullion owner, against the value of the collateral (the bullion) on deposit.

Which value fluctuates, based on the market; that is, based on how much currency someone will give you for a bar of gold at any point in time.  Because the bullion only has value insofar as that value can be determined in terms of currency.  Otherwise it's just very, very, very heavy trading beads.

The only other way it works is if each check causes a gold bar to be sold and converted into cash in order to redeem the check drawn against that bullion.

And who the hell is gonna take that?
Posted by Rmj at 3:48 PM