"Nothing will mar your mood" 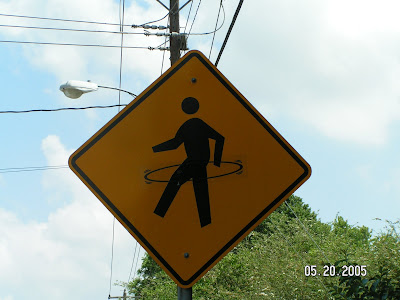 So I've started this inter-blog dialogue, which is a good thing, because I crave dialogue above almost all things (well, beer and hamburgers come in ahead of dialogue, but only barely, and I went with the immediate family to a local brewery today, so I'm ready for dialogue!).

My "potshot" at Fr. McBrien was just that: springing off something he said which I was rapidly informed was an early opinion later recanted.  I remember having much the same reaction to Merton's Seven-Storey Mountain, and being told not to take all of Merton from that one, early book.  It's also a lesson seminary students are supposed to learn:  that no matter how much you think you know, you don't know all there is to know so listen and be patient:  there's more information coming, be it theological or about who gets to put up what Christmas decorations in the worship space.

Dialogue is about listening, not just about talking.

Which brings us here, and an encomium on Reinhold Niebuhr, surely the fastest way to my theological heart.  As presented by McBrien even Niebuhr provides dialogue to me, trained to see the basiliea tou theou as imminent and not quite so wholly transcendent as Niebuhr's version; although the basiliea I perceive/expect is also in constant motion, because the first have to be last, in order to be first, and so there's no triumphalism in it.  It's a way of recognizing that:

every partial realization of justice and love inevitably contains elements which stand in contradiction to both these values.

"Higher realizations of historic justice would be possible if it were more fully understood that all such realizations contain contradictions to as well as approximations of, the ideal love," he wrote. "Sanctification in the realm of social relations demands recognition of the impossibility of perfect sanctification."

Which I like to think of as a theological version of Godel's theorem of incompleteness:  no system we can even humanly imagine can fail to prompt a question it cannot answer, and so all such systems remain fundamentally incomplete on their own terms.  It is something, frankly, the law grapples with constantly.  It is good to recognize our limitations.

Which, I think, are by and large being replaced again, already, with the expectations that technology, specifically "digital technology," will provide the solutions which humankind has been waiting for.  And if not digital technology alone, then just technology as a concept.  We think this because computers have changed everything; although more fundamental changes in human life have come from much more mundane (by today's standards) things:  like vaccines (smallpox, polio, most of the "childhood diseases" we think nothing of anymore, but which terrorized my parent's generation; not so long ago, that); public sanitation (clean water, sewer systems), and antibiotics (until penicillin, doctors could really "cure" almost nothing).  Not to mention modern communications methods, engineering which has provided stable water supplies and control of rivers (Austin, Texas, where I used to live, was regularly flooded until LBJ established the Lower Colorado River Authority and, through a series of dams, controlled the river that runs through it).

Be sensible:  on that scale, computers have done nothing for us except provide access to cat pictures and to people who don't think like us, against whom we rail by joining with people who do think like us, thus producing:  well, the "bowling alone" phenomena and the increasing inability of government to be anything except a polarizing force.

But I digress; except I don't, because it is the very access to contradiction that fuels the internet now.

We don't like contradictions.  Niebuhr insisted we dwell on them.  Kierkegaard called them the highest desire of the thinker (and so we don't honor thinkers, today; we honor people who market  very expensive electric cars on the market and promise to set up quonset huts on Mars for a lucky few to die there).  On-line atheists rant about the "contradictions" in the Bible, as if proclaiming light both a wave and a particle was as commonsensical as declaring August in Texas "hot."  And then they insist that all persons who disagree with them withdraw from public life, thus making the world a better place for:  people who think like them.

And if it isn't atheists, it is people who don't like Jerry Seinfeld because of his comment about college audiences for comedy; or it's police arresting teenagers at swimming pools; or it's people declaring their right to insult other people who hold religious beliefs they think they understand, but they don't; or it's just people being damned fools in public, period, and the audacity they have to be part of the human family.

Never think my thoughts, never share my hearth, whoever does such things.

Sophocles was a bit more specific in his declaration of who was unfit for the polis.  We just react to an opinion we don't share.  We sit as judge, jury, and executioner on the life of any person who crosses our attention, and we KNOW all about that person before the story about them has stopped thundering around the virtual halls of our private marketplace of ideas, a marketplace where only outrage is sold, and that by the half-ton.  We have turned the world into our agora, and declared all others unfit to even be there, and we find a new target for our animosity and our exclusion every week.

And if it isn't the outrage du jour, it is neuro-science or sociology or just something "sciency" which will solve all the world's ills if we just recognize it for the truth it finally, FINALLY brings to us.  It is science which will stop us from being monsters.  Even though it was science which made the monstrous mass deaths of the 20th century possible, and was really the engine of the Holocaust*.  No, science will be our salvation.

This is what technology has done for us.  This is the wonder of the internet.

And the funny part is, this is what Niebuhr was talking about nearly 100 years ago.  And it is part of why the "Lost Generation" was lost.  Today's "New Atheists" are punks and quislings against what T.S. Eliot and F. Scott Fitzgerald and Ernest Hemingway went through.  They know nothing of the terrors which Jean Paul Sartre endured, they have learned nothing from C.P. Snow or the slaughterhouse Europe became in World War I, a slaughterhouse that was industrialized and trained directly on citizens in World War II.  It was science and technology which made it possible for Stalin and Pol Pot to kill so many.  It was communication technology as much as machetes which turned Rwanda into a killing field in the late 20th century, which allowed a handful of people to so brutally control so many in South Africa; in Haiti; in Uganda; El Salvador; Nicaragua; Honduras.

Europe was civilized, and then Europe went to hell, and hell had reign there for half a century, and it destroyed an entire generation of men in England alone, not to mention the slaughter in the USSR from the war, apart from Stalin's madness.  It was a hell visited on Europe as the consequence of turning as much of the world as they could get their hands on into hell, for the benefit of Europeans.  And now we forget all that, and the horrors of American history and hegemony, and declare our hearts pure because our science is magical and our technology is supreme and we can access all the world's data in the palm of our hand almost anywhere on the planet!

And all that data is not even knowledge, much less wisdom; but it seems to us to be power, and that's good enough.  That's what it's all about anyway:  who has the power.  The internet has given us the power to ignore the world and favor those of like mind, and reinforced in us the belief that those who are not with us are against us, and while we will tolerate their madness because it is not our wisdom, we will tolerate it only if it goes away and leaves us alone.  We seek the holy, the heilige, the pure, the unscathed, and we seek it in creating a community of people who think just like us.

Nothing less will do.

Because we think there is still something, SOMETHING, we can do.  There is; but it isn't that:

Father, forgive us; for we still know not what we do.


*The nightmare child of eugenics and the Industrial Revolution.