Starting the day with the commonplace book 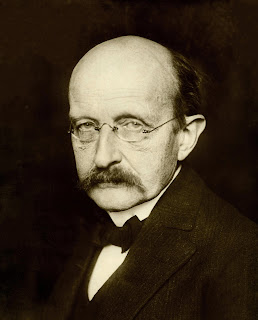 Surprisingly, [Max] Planck ["father" of quantum mechanics] never requested or expected flexibility from his peers. He famously stated what’s become known as “Planck’s principle”: “A new scientific truth does not triumph by convincing its opponents and making them see the light, but rather because its opponents eventually die and a new generation grows up that is familiar with it.” In other words, new ideas do not advance by evidence, argument, and persuasion, but rather by older thinkers with older ideas passing away. One wonders if he was being darkly humorous, but in keeping with Prussian stereotypes, he was not a very funny man in general.

And this conclusion to the article, is just worth repeating:

Changing one’s mind is a beautiful thing. It requires the hardest work between the increasingly common and more comfortable extremes of outrage and applause.


I've said it before and I'll say it again (mostly because of the on-line company I keep; or rather, I read):  the place that most challenged my thinking and pushed me to change my mind not once, but on a regular basis and as a professional matter, was seminary.  Ministry is the profession that requires the hardest work between outrage and applause, because applause largely means you aren't doing God's work, and outrage often means you are taking pride in doing what you think is God's work.

God, as John Fowles observed about truth in Daniel Martin, is always in the river between.