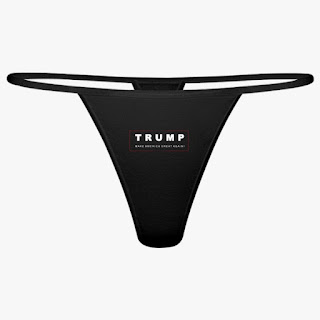 I heard about this before Charlie Pierce got hold of it, but I didn't bother looking up the Texas Observer article until he linked to it.  The basic story is an unincorporated area in Bexar (prounounced "bear," in Texas, anyway) County didn't want to be absorbed into the urban sprawl of San Antonio (Texas law allows cities to expand their limits by making nearby areas that are unincorporated a part of them.  This is why Houston sprawls so much, while Dallas is actually a small town surrounded by dozens and dozens of municipalities you've heard of:  Plano, Irving, and a few your probably haven't, like Farmer's Branch.  Dallas is the poster child for what Texas cities don't want to be:  hemmed in.)  Anyway, this area, not a city under Texas law but with its own identity anyway, decided to incorporate as a "liberty city."  It's a libertarian/tea party idea brought to them by a recent graduate of the law school of which I, too, am an alumnus, which makes me almost want to apologize here and now.  The whole thing goes predictably to smash, mostly because the reason they wanted to incorporate is the reason reality caught up with 'em:

“A lot of people that did not want to incorporate were saying that once you become a political entity you start with the corruption, the infighting and all of the stuff that comes with having public figures,” she said. “They said it was going to divide the city, which it did. The majority of the people that spoke up against [incorporating] were right then about what’s happening now.”


Politics and division are pretty much unavoidable where people have to decide how to run things.  The idea that government is the source of conflict, rather than the way to organize it into something that benefits at least the majority, is an idea that really needs to be discarded.  But that was one problem, and it's the one the article focusses on.  The other problem is that this idea of self-governance on "libertarian principles" (like the snark, still to be proven to exist) was sold as the cheap way to go.  They could start out paying property taxes (the basic government tax in Texas) and then create a libertarian paradise where the property tax rate went down to zero, and police and fire and roads and sewers, etc., would be paid for by sales tax (the other basic tax in Texas, of which about 2% of the 8% allowed (I think the limit is actually 8.25%) goes back to the city collecting it.  The only problem there is, you need things to sell to collect sales taxes; and that means you need businesses and stores.  And that means you need to spend money; but spending money you don't have is called "debt," and we all know debt is the root of all government evil.

As mayor, Martinez de Vara’s [the lawyer who brought the good folk of Van Ormy this idea] first priority was to lure chain stores with the town’s low-tax, low-regulation branding. But there was a problem: Von Ormy lacked a sewer system and it would be expensive to connect to San Antonio’s main wastewater system. The San Antonio Water System, which services most of Bexar County, told town officials that the connection would cost $4 million to $5 million.

According to Reyes, City Administrator James Massey recommended floating a bond, standard practice for most cities. But Martinez de Vara rejected the recommendation. Liberty cities aren’t supposed to take on debt, after all. (Martinez de Vara didn’t respond to numerous requests for comment.)

Reyes said most people in Von Ormy agreed with Martinez de Vara’s position but that it put the town in a bind. “You want to be a liberty city? No taxes,” she said. “We could only afford to put in $500,000, if that, but where would we get the rest from?”
The sewer system was never installed, and the town still relies on septic.

This gets rather lost in the rest of the article (which is interesting and informative), but this is a foundational issue:  no sewage, no business.  No Wal-Mart, no local brewery (quite a big deal in Texas, actually), no main street bustling with shoppers going in and out of stores.  No sewage, basically meant:  no city.  The town is still on septic tanks.  The "libertarian dream" never got off the ground.  Because if you wanna run with the big dogs, you gotta get off the porch.  If you want to be like the other cities in Texas, you gotta build some infrastructure, and that means bonds, and that means debt.  But to long as you believe debt is the root of all governmental evil, you don't get infrastructure.

No sewers, no sale.  Everything else that happened in Van Ormy, everything detailed in the article, starts from that salient fact.  This town literally never had a chance, because they started out not understanding the most fundamental needs of a city.  They had ideology, and nothing else.

Call it a modern parable.