Houston, we have a problem 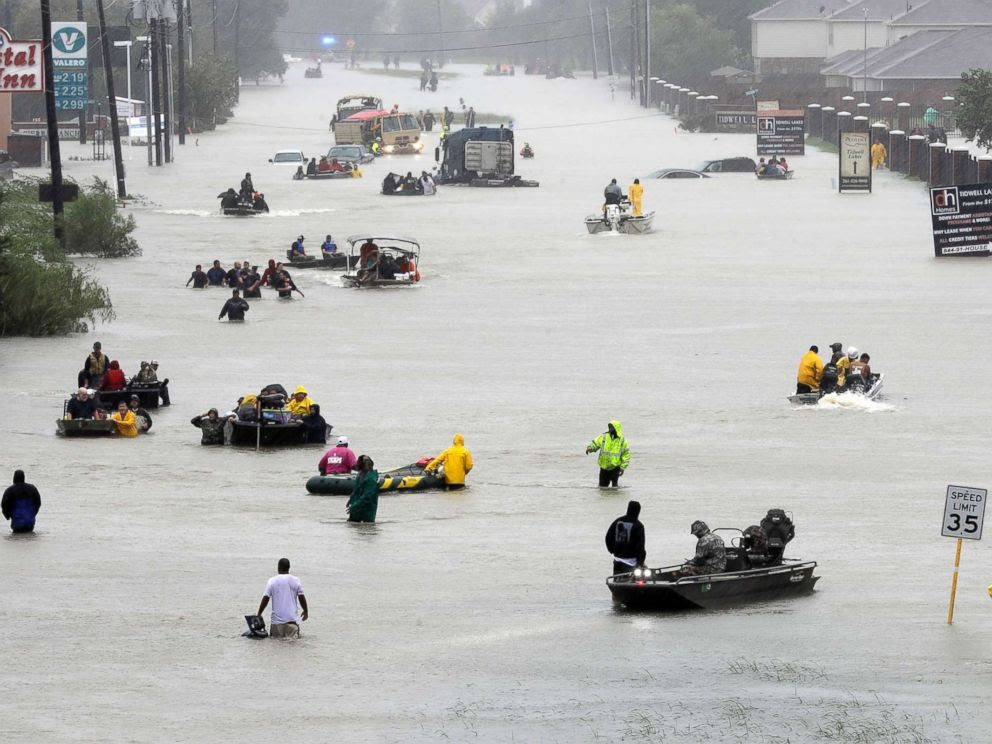 The problem with Houston is not that the city wasn't evacuated (where would you send 4 million people when the storm is affecting 52 contiguous counties and well into Louisiana as well?), it's that our idea of "flood control" is to build two reservoirs to contain water from flowing down Buffalo Bayou into downtown, and then allowing development (what civil engineers call "impervious cover" because it creates runoff) to be built behind those reservoirs.  This does two things:  make the reservoirs more likely to overflow, and provides more housing from which people must be evacuated as it floods.  Not to mention all the development along the bayou that is forcing water into it, and soon will be flooded because of it and the emptying reservoirs.

But, of course, Sean Hannity now thinks Houston should have been evacuated.  Honestly, who cares what he thinks.  It does give Twitter a chance to school him and others, though:

.@cnn before you criticize Houston, why don't you look up "Hurricane Rita evacuation traffic"? pic.twitter.com/Zid0RLnILR
— Ben B. (@madmantx) August 27, 2017

People wondering why no evacuation order. This is largely why. Hurricane Rita 2005. Dozens died IN this traffic #Houston pic.twitter.com/TAzw6KsxY5
— stephanie gosk (@stephgosk) August 27, 2017


That last tweet got responses about having a plan and executing it early because you "know" a hurricane is coming.  Those pictures are from several days before Rita made landfall, at what turned out to be Beaumont.  As other have pointed out, you simply can't evacuate a major metropolitan area in an orderly, or quick, manner.  People will not "flee" in an orderly manner, and the roadways simply don't have the carrying capacity.

The problem with Houston is not a lack of an evacuation plan.  The problem with Houston is a complete lack of a flood control plan.  "Vulnerable areas" are turning out to be all over the city.  This entire town is a "low-lying area."  People who know nothing are saying "those areas" should have been evacuated.  Well, that would be 30,000+ people, or more.  Now tell me where 10,000 cars (at least 3 per car, to be fair) go (and do the math for how many cars that is, bumper to bumper, on a four or even 8 lane highway, if you counterflow the traffic).  Louisiana?  Underwater.  San Antonio?  Austin?  Flooded.  Dallas?  Getting rain now, and the storm's going that way.  And shelter for 30,000+ people?  Food?  Clothing?  Diapers? (there's a huge need for diapers at the shelters here).  Baby bottle, baby formula?

The best plan is not evacuation; the best plan is prevention.  I'm not frustrated that people can't be rescued quickly enough (a volunteer boat capsized this morning because 11 people crammed into it.  There isn't a boat big enough to navigate flooded streets that can hold 11 people safely.  9 were eventually recovered, 2 are stuck up a tree and no one can get to them.  This situation is bad.).  I'm frustrated if nothing changes, if Houston doesn't realize it has a problem and takes steps required to fix this before this whole region is labeled "unlivable."

Because that's what the world is seeing now:  this is the third "500 year flood" in 3 years.  Whatever reputation Houston had for "Can Do!" is being washed away by "Can't Plan!" and "Can't Keep You Safe!"