"The Calls Are Coming From Inside the House!" 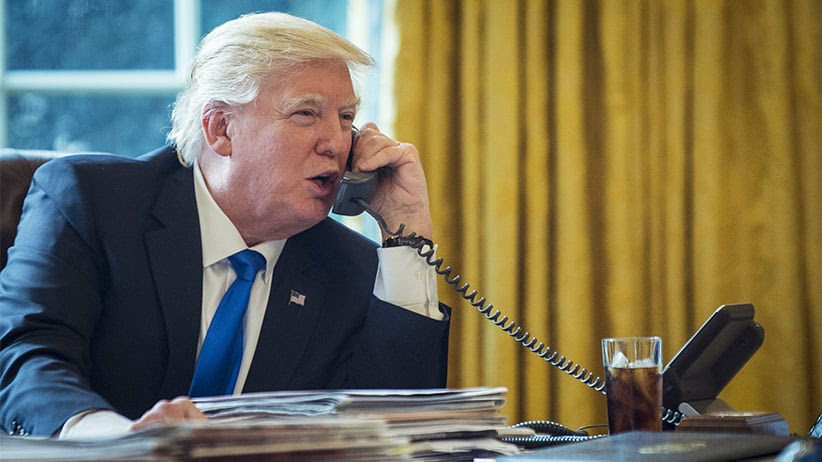 The master negotiator at work:

“You cannot say that to the press,” Trump said repeatedly, according to a transcript of the Jan. 27 call obtained by The Washington Post. Trump made clear that he realized the funding would have to come from other sources but threatened to cut off contact if Mexican President Enrique Peña Nieto continued to make defiant statements.

The funding “will work out in the formula somehow,” Trump said, adding later that “it will come out in the wash, and that is okay.” But “if you are going to say that Mexico is not going to pay for the wall, then I do not want to meet with you guys anymore because I cannot live with that.”

Unlike Donald Trump, I have actually negotiated legal agreements before.  This is not how you do it. Listening to Terry Gross talk to Bill Moyers about LBJ negotiating Medicare; Moyers says LBJ always knew what somebody wanted.  He understood legislation gets done (or negotiations, more broadly) because you have something to trade.  What is Trump trading?  Another phone call from him?

The Jan. 28 call with [Australian Prime Minister Malcolm] Turnbull became particularly acrimonious. “I have had it,” Trump erupted after the two argued about an agreement on refugees. “I have been making these calls all day, and this is the most unpleasant call all day.”

Before ending the call, Trump noted that at least one of his conversations that day had gone far more smoothly. “Putin was a pleasant call,” Trump said, referring to Russian President Vladi­mir Putin. “This is ridiculous.”


Well, of course.  And bringing us up to the minute:

“This is going to kill me,” he said to Turnbull. “I am the world’s greatest person that does not want to let people into the country. And now I am agreeing to take 2,000 people.”


There's much more where that came from, but the best part of this story?  The documents came from White House staffers.

Yup.  His own staff is that fed up with him.