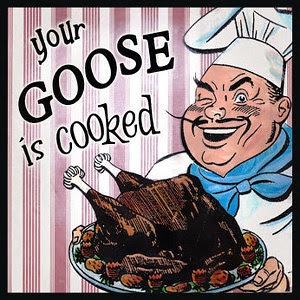 I remember in college, in an off-campus bookstore, coming across the works of Francis Schaeffer.  He was a virulent critic of someone called "Rudolf Bultmann," who I'd never heard of, but Schaeffer blamed Bultmann and his kind for all the ills that Christianity, and therefore modern society, had become heir to.  I got that much from the back cover and skimming the book.  I put it down, curious about this Bultmann character, and why Schaeffer thought him so dangerous and pernicious.

I later found, by actually reading Bultmann in seminary, that Schaeffer wasn't fit to unlace Bultmann's sandals; not as a thinker and scholar, at least.  Schaeffer, as I recall, limited his critique to Bultmann's later works, like his efforts to "demythologize" the New Testament, the better to make it accessible and acceptable to modern people.   Schaeffer got Bultmann wrong on that effort (though I critique it myself as being rather ineffective from a pastoral, i.e., congregational, point of view), but didn't even try to scale the mountain of Bultmann's exegesis of the Gospel of John, or his scholarship on the synoptics.  Schaeffer, in other words, was a self-important putz, a puff of wind, a blowhard.  But I'm quite sure he had more influence on modern Christianity than Bultmann ultimately did, if only because Schaeffer was continuing the work begun by the fundamentalists in the early 20th century (Bultmann is a figure of the middle of the century), when Bultmann's predecessors in Biblical scholarship were upending the way scripture was understood, both historically and as literature.

You really can't overstate the sweeping nature of that change, a last legacy of the century of revolution that began with industrialization and ended with us thinking of ourselves as beings with psyches and soon, doctors who were not "alienists" but "psychiatrists."  Not to mention the revolution of the Romantics which was so fundamental and total we are still mapping the edges of it (if we notice it at all; do fish notice the water they swim in?).  But you can miss simple historical points, like the fact American exceptionalism was documented by Tocqueville and Dickens in the 19th century, which means it didn't start sometime in the 1950's or '60's at all.  But Kurt Anderson thinks it did.

Or at least he thinks it got started in the '60's:

The great unbalancing and descent into full Fantasyland was the product of two momentous changes. The first was a profound shift in thinking that swelled up in the ’60s; since then, Americans have had a new rule written into their mental operating systems: Do your own thing, find your own reality, it’s all relative.

Do we even have "mental operating systems"?  I must admit I've never thought of them that way.  Are they DOS, or Mac, or Android based?  And who writes them?  Oh, sorry, drifting again; but this kind of analysis inspires drifting, because it's so unmoored from reality itself.  Because that "profound shift in thinking" didn't spring up sui generis from the guitars of Bob Dylan and the chords of the Beatles and (finally, and johnny come lately in this chronology) the "free love" lifestyle of the hippies.  It had an origin point, and what was that?  Maybe the Shakers, or the myriad groups in America that insisted on their own reality, right down to how to live together, or when God was coming to end it all, or how to discern what was valuable in life?  We had our Transcendentalists, we had our apocalyptic communities, our religious communities (Amish still thrive), and our various states all competing throughout the 19th century for how government should function.  We even had a war over that notion, with Texas joining the defectors right after it joined the Union, because it had fought Mexico for the ability to own slaves, and wasn't gonna give up access to that easy money any time soon (it was still nearly a half-century to Spindletop).  Do your own thing, find your own way?  Wasn't that the point of America being so many states and not just one central government, in the first place?

Christopher Douglas notes about this article that:

...the fact of the matter is that this very conservative religious tradition that remade the Republican Party in the 1980s and 1990s had already learned to discount expert knowledge and mainstream institutions like journalism and universities.

He doesn't give a start date to that, but I will:  1910 to 1915, when "The Fundamentals" were published.  By and large in response to German Biblical scholarship; and it's no coincidence there was, in America, a surge in interest in reading koine Greek, the language of the Christian scriptures, so that mail order business in the study was a hot buy for a while.  Universities were the source of that stuff, so fundamentalists didn't need Biblical scholars and exegetes:  they had their own two eyes, and besides, if Jesus didn't speak the King's English, where did the King James Bible come from?

Anderson has another demon that pesters his sleep:

The second change was the onset of the new era of information. Digital technology empowers real-seeming fictions of the ideological and religious and scientific kinds. Among the web’s 1 billion sites, believers in anything and everything can find thousands of fellow fantasists, with collages of facts and “facts” to support them. Before the internet, crackpots were mostly isolated, and surely had a harder time remaining convinced of their alternate realities. Now their devoutly believed opinions are all over the airwaves and the web, just like actual news. Now all of the fantasies look real.


Well, I guess, except I knew people with all kinds of crazy ideas and conspiracy theories back in the day (Before Google), and they all managed to keep each other up to date and to teach others their nonsense (people weren't born know that stuff) and voting/not voting their convictions, so I'm not sure what's changed except that we're aware of them now.  Kinda the way white men are aware they aren't the sovereigns they thought they were, and people of color and people of non-male gender and people living poor without style and coming from other countries and places in society have "alternate realities" that deserve to be heard, too; so I guess we can ultimately blame this mess on civil rights, giving women the vote, and multiculturalism.  Sure, why not?  Makes as much sense as anything else.

Because the argument here is a conservative one:  we have to go back to never was, in order to straighten this all out.  It's kind of like the problem of overpopulation as identified by Charlie Brown's  sister Sally decades ago:  everybody talks about the problem, but nobody wants to leave.  What standard of order and decency are we going to agree to in order to shove the genie, the parts we don't want (or the people, actually) back into the bottle?

As Russian dissident, exile, and chess champion Garry Kasparov explained of the fake news circulating in our post-truth world, “The point of modern propaganda isn’t only to misinform or push an agenda. It is to exhaust your critical thinking, to annihilate truth.”


Which would indicate the source of the problem is not a wrong turn in 1960, or the zeitgeist too stoned to deal with reality, but a flesh-and-blood enemy (even bots aren't intelligent enough to create themselves and function on their own) with a deliberate goal in mind.  But instead of address that direct threat, Douglas ends sounding like somebody on a CNN panel who can't bring themselves to say Trump's supporters are liars who believe their own lies about Russia and "collusion" and the 2016 election:  "How to annihilate truthiness, on the other hand, seems like a much more difficult task."  It's not a grand historical task that lies before us.  We are not battling the turning of the gyres or the workings of the thesis against the antithesis, opposing the coming synthesis.  We are not fighting ghosts or spirits or ideas or "the times."  We are fighting propaganda.  And propaganda comes from someone, and is aimed at achieving a goal.

When I was a child, there were a series of games produced to educate children.  They came in small boxes, but carried big purpose behind them, a purpose I'm not sure they ever achieved.  It was a more idealistic time.  We had two of the several produced: one aimed at teaching set theory (I never learned much about it), the other aimed at learning how to recognize, and analyze, and resist, propaganda.  The tacit assumption was that propaganda would come from Russia; in those days the USSR was associated with the word so that almost everything the Soviets said was assumed to be propaganda first.  I learned a great deal from that game, though it wasn't much fun and we didn't play it often.  After Watergate, after Vietnam (each much more influential than the hippies), we learned that propaganda didn't just from the onion domes in Moscow.  Maybe we've learned that lesson too well.  But if we understand that the purpose of Alex Jones or bots from eastern Europe or Sebastian Gorka and Stephen Miller is to annihilate truth, we might be better fixed to prevent them from succeeding.

It's certainly a better target than vaguely remembered figures from history, while forgetting history as a whole just to make that argument.

*The greater irony of the arguments of both Anderson and Douglas is the lament that science can now be understood as a language game (via Wittgenstein, though Douglas credits Jean-Francois Lyotard, not incorrectly), and no one mentions Kuhn because apparently he is so much the father of our failings that He Cannot Be Named.  The fundamental (!) problem there, of course, is that science is no longer "objectively" true, it no longer enjoys the privilege of being, well:  the word of God.  The same thing science claimed to do to Christianity in the 19th century has now been done to it.  Sauce for the goose became sauce for the gander, and now Anderson (and Douglas, to some degree) want to un-sauce the gander.  Sorry, but that goose is cooked.  And yes, I wrote the entire post just to make that joke.)